Death By Sexy have unveiled the video for their debut single "Sixteen" released in September 2012, the song was single of the week on Kool Rock Radio from August 6 to August 17.

The video was directed by by Mike Tempest. Watch it below. 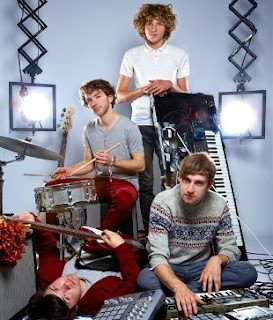 East London quarter Post War Years have announced that their second album 'Galapagos' will be released on February 25th via Chess Club Records.

This new album has been produced by long-term collaborator James Rutledge (MGMT, Grizzly Bear, Late of The Pier, My Bloody Valentine, The Kills), and sees the band tapping into a new and rich stream of subversive and frequently delightful Avant-pop.

It’s partly an autobiographical account of the band’s less than perfect lives when first moving to London; financial struggles and claustrophobic living conditions fracturing their friendships and driving them to seek release through their music.

You can check out the full tracklisting for 'Galapagos' below. 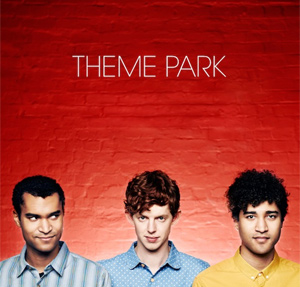 Theme Park have announced they will release their self-titled debut album on February 25th via Transgressive Records.

Produced by Luke Smith (Foals, The Maccabees), this follows a series of single releases and extensive touring throughout 2012.

A week before this (Feb 18) they will release their third single from the album "Tonight" produced by Friendly Fires frontman Edward Macfarlane, on 7" vinyl and download.

The song has already been added to our current playlist www.koolrockradio.com. UPDATE: "Tonight" is our new Single of the Week (January 14th).