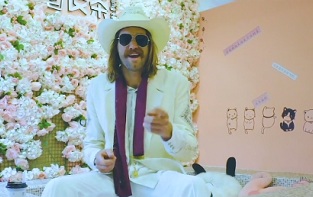 Glassborow will release a new EP later this year. Self-described as an “analogue yet slightly digitized/sexualised space cowboy from a futuristic past,” Glassborow makes Western-tinged, idiosyncratic indie-pop-rock gems. 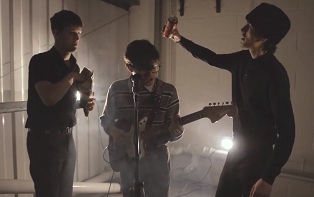 The song is part of our current playlist and came out in late January. Grab it here.

The video was directed By Oscar McNab. Check out below. 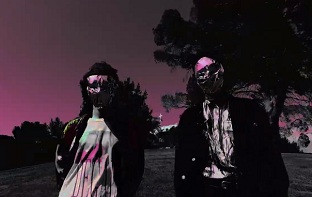 The song is taken from their forthcoming new album 'Confusing Mix Of Nations' set to be released on April 3rd via Mexican Summer. Pre-order your copy here.

The video was directed by Geneva Jacuzzi. Watch it below. 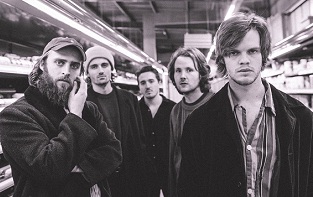 The song is taken from their upcoming EP 'Vox Pop', which will be released this Friday (March 6th) via Blood Records.

From the band: “The idea was to capture the array of disorganised thoughts that often fill our heads throughout the day. The contrast of associating laundry and bigger world issues was one that we found interesting.” 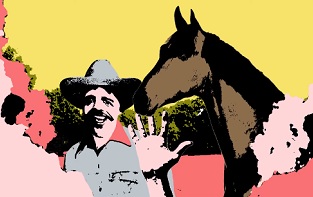 The song is taken from their upcoming debut album ‘Welcome To Bobby’s Motel’, set to arrive on 10th April through Partisan Records and Royal Mountain Records. Pre-order your copy here.

Speaking about it, the band explain: “It’s not a secret that we enjoy occasionally using drugs recreationally, in the past they’ve helped guide us creatively and personally. But this song is about the darker side of drugs, when they become habits. It’s about the tough spot that stuff can put you in, beyond the isolated experience of briefly having a good time while you’re using them. You spend all your money, ruin your body, and don’t get anything out of it except for a fun night.” 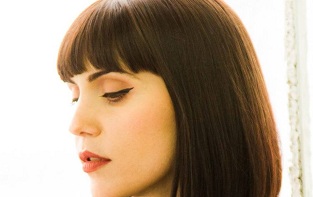 The song is taken from their new EP 'Breathe', which will be out on March 20 via 2MR. Pre-order your copy here.

‘I Walk Alone At Night’ continues Elizabeth’s essential message from previous single "Breathe", but from the perspective of fear and the heightened sense of danger abusive experiences create. She wrote it just after she’d moved into her own apartment and began volunteering on the rape crisis helpline at the East Los Angeles Women’s Center. “When I first heard this song, I closed my eyes for a moment and thought about all the times I was scared, all the ridiculous things I do because of fear, and how wonderful it must feel to live without even the slightest bit of fear,” says Elizabeth - whose powerful spoken word vocal is delivered over both a chugging, 3am electroid groove and a stripped-back 6am acid house workout. “I wouldn’t have been able to write this type of thing if not for the influence and strength of feminist icons Kathleen Hanna and Kim Gordon. They, and so many others got me through high school and continue to get me through today. What I really want to know is how this song makes people feel.” .

Watch: The Room in the Wood Air New Single/Video "Fun of the Fair" 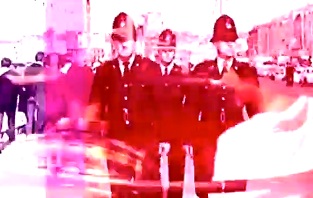 Liverpool rock/new wave/alt band The Room in the Wood have aired the video for their new single "Fun of the Fair".

Set to be released this Friday, the track is the second single taken from Dave Jackson and Paul Cavanagh (from 80s post-punk band The Room) new album 'We're the Martians, now.' out on April 10th via A Turntable Friend Records. Pre-order it here.

About the track, frontman Dave Jackson says the following: “My youth, growing up in Liverpool in 70s. The music was always Tamla, Glam Rock etc blaring loud. An era where gangs of smoothies, troggs and grebos roamed the parks you had to bribe over 18s to get you alcohol from off licences. Big party seven pint cans of beer that you had to open with a screwdriver and a brick when you realised no one had brought an opener. Being chased by gangs of boot boys and the mysterious magic of being out in the night when you’re young, doing stuff you’re not supposed to.”

Email ThisBlogThis!Share to TwitterShare to FacebookShare to Pinterest
Etiquetas: Alternative, Fun of the Fair, New Wave, Rock, The Room in the Wood

Watch: Veil of Light Reveal Music Video For "You Done Me Wrong" 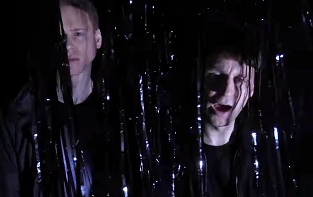 Switzerland cold wave/dark wave/synth punk band Veil of Light have revealed the video for their latest single "You Done Me Wrong".

The song is taken from their fourth studio album 'Inflict', released in May 2019 via Avant! Records. Grab it here.

The video was filmed and edited by Samuel Trümpy and Veil Of Light. Watch it below. 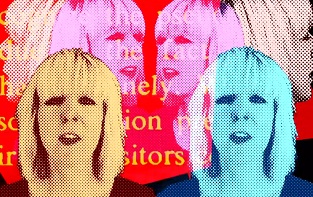 The song is taken from their upcoming new album, 'Flight of Ideas', set to arrive on April 3 through Memphis Industries. Pre-order it here.