Clinic have unveiled a trippy video for their song "Seamless Boogie Woogie BBC 10pm (rpt)", taken from their new album 'Free Reign', out now on Domino. The song is part of our current playlist www.koolrockradio.com.

The video was directed by Brendan Canty of Feel Good Lost. Watch it below.

Chapel Club have unveiled the video for their new single "Good Together", out now. The song is part of our current playlist www.koolrockradio.com.

The single is taken from the band's sophomore album of the same name, which is scheduled for March 4th through the band's new label, Ignition Records.

The video was directed by Ollie Murray (who has with The Horrors, TEED, etc.). Watch it below. 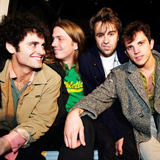 The Vaccines have announced details of the release of their new single 'Bad Mood', taken from their 2nd album 'Come Of Age' released last year. The song is part of our current playlist www.koolrockradio.com.

The single will be released through Columbia Records on Monday 4th March on download and 7” and continues the theme of each band member writing a B-Side – this time guitarist Freddie Cowan provides a song produced by his brother, Tom Cowan of The Horrors.

The band have also announced details of an arena tour in May 2013. Check the dates below: 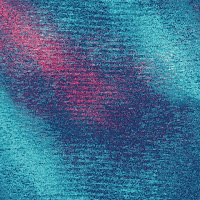 TOY have announced details of their next single 'My Heart Skips A Beat', which will be released through Heavenly Recordings on March 12. The song is part of our current playlist www.koolrockradio.com.

Taken from TOY's  self-titled debut album, the single will be released as a limited edition 12" EP on 12 March, and will include two brand new songs, 'She’s Over My Head' and 'Layered Electronics', as well as a version of their album closer 'Kopter' recorded during a BBC 6 Music session.

TOY have a lot of live dates coming up, they’re playing the Scala in London in February as part of NME's Awards Show, as well as the O2 Arena in support of The Vaccines. Here's all the UK dates in full: