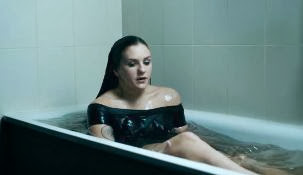 London based lo-fi bedroom pop duo Elephant (aka Amelia Rivas and Christian Pinchbeck) have revealed the video for their latest single "Shapeshifter", available now on 7" white vinyl and download.Get your copy here.

The single provides confirmation that Elephant are truly back as a force to be reckoned with. "I flew to the moon to mirror you and I saw the future" sings Rivas, with a raw melancholy and nostalgic longing. A sumptuous missive of love lost and lessons learned, that sparkles with charm, optimism, and the sort of lush swoonsome string arrangements that reach into your chest and wring your heart dry.

Backed by the sparse and stretched out 'Snowday', as icily cool as it sounds, full of chiaroscuro contrasts and flickering atmospherics, it's a release that suggests their debut album is set to be one of the standout albums of 2014.

The video was directed by Steven Boyle. Watch it below. 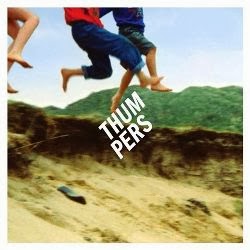 London duo Thumpers have announced they will released their debut album titled 'Galore' on February 11 through Sub Pop in the U.S, with UK details to follow.

The record was produced with the help of David Kosten, alongside Thumpers' own Marcus Pepperell and John Hamson Jr., and will feature their previous singles "Sound of Screams" and "Unkinder (A Tougher Love)", plus 9 new tracks.

See the full tracklist below.