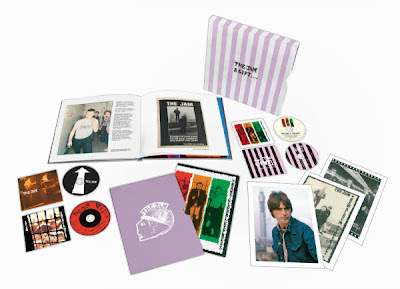 The Jam will celebrate the 30th anniversary of their final studio album "The Gift" with an expansive reissue.

The legendary band's only UK number one album was a clear sign of the new directions being explored by frontman Paul Weller by the early Eighties; a desire for change which would see him ultimately quit the band and form The Style Council soon after its release in 1982.

"I was very proud of it – I thought it was another advance on what we'd done before," Weller has said of the LP.

The reissue will be out on November 19th, and is to be available in a variety of different formats which will be packed with added extras and bonus features.

Amongst these is a four-disc boxset which will coPopcomplete with a 'Live At Wembley 1982' CD as well as a compilation DVD of live performances and a Top Of The Pops appearance. A CD of alternate tracks and demos, many of them previously unreleased, is also included.