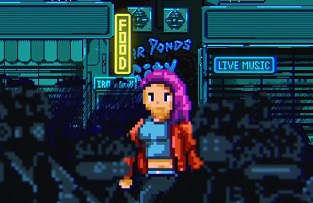 Toronto indie rock/post punk/dance punk duo Paragon Cause (aka Jay Bonaparte and Michelle Opthof) have aired the video for their new single "Two To Play".
The song is taken from their recent album 'Autopilot', which came out this month (August 13) via Analogue Trash. Get your copy here.
From the duo: "Two to Play was the first song we recorded for the Autopilot sessions with Sune Rose Wagner (The Raveonettes). At first, we didn’t like it and we almost deleted it, and now it’s one of our favorite songs on the album. We I wanted a dreamy shoegaze, powerful kind of song, and that’s what we ended up with. The emotion of the music was critical, we wanted the intro to be very simple and classic sounding, purposely a bit raw. Then, as the character in the song comes to an epiphany, the music widens and opens up. We are proud we were able to capture that. Ironically, the song is about doing things for yourself and not allowing others to influence your decisions. But at the same time, it felt like a game a person can play with themselves. So we asked ourselves, who plays the game? That brought us to the idea of creating a video game, but in a modern retro futuristic 8bit Halifax, Canada. Again the idea of time came into play. We connected with an animator, Luigi Salas and pitched our story. A women lost in a crowd of brainwashed followers. The demon preacher is actually, the ‘ghost’ on the cover over the Autopilot album. The women attempts to escape the demon preacher who never catches her but, regardless, she can not escape her demons and was part of the game. We also wanted to write a bit of a love letter to the late 90’s/early 2000’s Halifax Music Scene. We worked hard to put a lot of Easter Eggs in there. Halifax inspired us to be musicians and the nod is a bit of a thank you."
Watch/listen below. 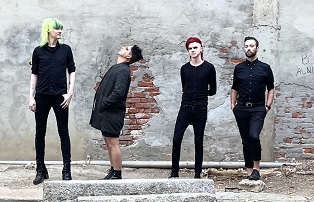 The song is taken from their upcoming new album 'Goodbye Divine', set to arrive on October 4 via Freakwave. Pre-order your copy  here.

“Becoming” is, “a track about the journey through the chasm of personal hell and the transformative ability of the heart to lend ladders to the divine.”
Take a listen below. 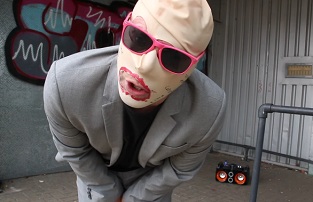 London indie psych/dance/electropunk band Leg Puppy have dropped the video for  their newest single "Algorithms I hate you" .

The song is part of our current playlist and is taken from their fifth studio album 'The Air in Utopia is Poison', which came last Friday, August 27. Grab it here.

Watrch: Wingtips Unleash Music Video For "Wish U the Best" 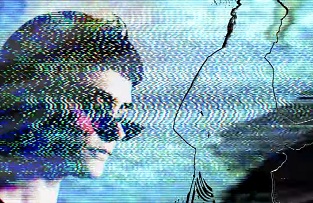 Chicago new goth-pop/post punk duo Wingtips (aka Vincent Segretario and Hannah Avalon) have unleashed the video for their newest single "Wish U the Best".
The song is part of our current playlist and is taken from their second studio album 'Cutting Room Floor', set to be released this Friday, September 3rd vía Artoffact Records. Pre-order your copy here.
Watch the video below. 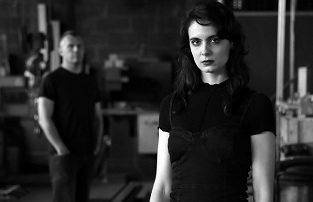 The song is taken from their forthcoming new album 'Mother Solitude and Other Dark Tales', which will be released in October 2021. Get it here.

From the duo : "To celebrate the release of the second single from our upcoming album, we are offering only Bandcamp users this Special Edition featuring the original "Harmonium" version, the "Club version" and, as a bonus, the dark-electro, pulsating "La Sorcière remix", which we will not publish on any other platform."
Take a listen below.