Travis To Release New Album 'Where You Stand' In August 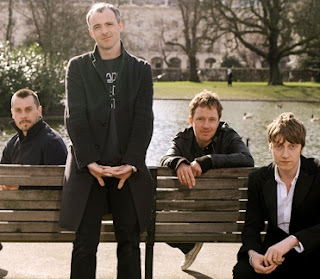 Scottish band Travis have confirmed that they will release their seventh studio album titled 'Where You Stand' in August 19.

It will be the band's first new album in five years, after their 2008 release 'Ode To J Smith'.

About the band's break from music, bassist Dougie Payne said:  "You stay away as long as it takes, so you feel that hunger and desire to get back to it same as you did at the start."

'Where You Stand' is also the title of their first single, which will be available to purchase from next Tuesday April 30th.

The new album will feature the songs 'Mother', 'Moving' and 'The Big Screen'.

Travis's big breakthrough came in 1999 with their second album The Man Who, which was certified nine times platinum in the UK. It spawned their famous hits 'Why Does It Always Rain On Me?' and 'Turn'.

About a month ago the band revealed the video for a pre-single teaser called "Another Guy", which will be also featured in the new album, Watch the video below.

London four-piece The Boxer Rebellion have revealed the audio for "Keep Moving", the second track taken from their upcoming fourth studio album 'Promises'.

The first track (and video) previously unveiled by the band was Diamonds.


'Promises' is up for a release on May 14 through the band's label Absentee Records. Pre-order here.
Publicado por KOOL ROCK RADIO en Friday, April 26, 2013 No comments: