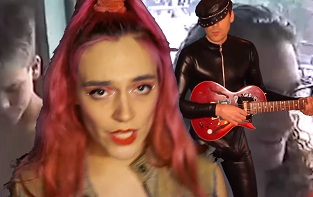 Athens, GA garage rock/bedroom pop/psych artist Locate S,1 (aka Christina Schneider) has aired the video for her new single "Even The Good Boys Are Bad".

The song is taken from their forthcoming new album 'Personalia', set to arrive on April 3 via Captured Tracks. Pre-order your copy here.

Her partner Kevin Barnes, of the rock band of Montreal, co-produced and engineered the album, and shares a writing credit on “Even the Good Boys Are Bad,” which references a conversation she had with Barnes about his daughter beginning to date. Schneider coined the phrase “even the good boys are bad” in reference to his paternal anxiety, they then took it and it turned into the album’s biggest hook—“Even the good boys are bad / even the best ones, even the good sons.” The song reached its final form after Schneider listened obsessively to Britney Spears’ hit single “Toxic.” You can hear this influence in the charging drums, spiraling synths and the song’s enigmatic chorus. 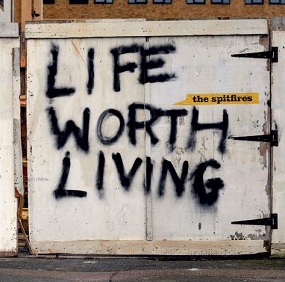 Watford based indie rock band The Spitfires have announced the release of their new album ‘Life Worth Living’.

The record, produced by Simon Dine, who was behind the desk for Paul Weller’s 22 Dreams and Wake Up The Nation amongst a varied CV, will be out  on 5th June via Acid Jazz Records Pre-order your copy here.

Life Worth Living is a contrasting melting pot of unadulterated joy and melancholy, laughter, tears, frustration and peacefulness. Quiet and introspective moments collide with loud and angry times and no less powerful. At its heart is a sense of hope that things can be better, the title reflects that aspiration.

The band have also shared a lyric video for their new single "(Just Won't) Keep Me Down", a song coupled with an everyday narrative depicts any night in any town after a night out. A song about “walking home from the pub following last orders, an air tinged with danger, chaos and paranoia – be it the darkened streets, police sirens competing with those of the ambulance service to drunken disorder outside the takeaway” explains Sullivan, adding further “I just wanted to capture the environment, one that people can relate to wherever they live.”

Check out the album's tracklist and watch the video for "(Just Won't) Keep Me Down" below.

Email ThisBlogThis!Share to TwitterShare to FacebookShare to Pinterest
Etiquetas: (Just Won't) Keep Me Down, Indie Rock, Life Worth Living, new single, The Spitfires 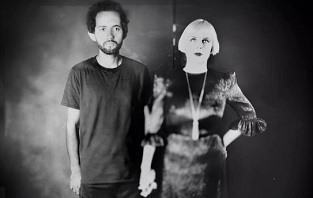 The song is out now and is taken from their upcoming new album. Stream it below.