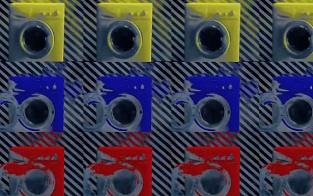 British shoegaze pioneers Ride have shared the video for their latest single "Repetition".

The song is part of our current playlist and is taken from their upcoming sixth studio album 'This Is Not A Safe Place', which will be out on August 16. Pre-order your copy here.

Directed by Luke Logan, it focusses on a washing machine as the swirling layers of sound erupt around it. “Directing for the Ride guys has been absolutely awesome, the track has this mechanical, entropic feel, almost like it’s spiraling out of control and I wanted to match that with the video. Despite having to destroy several washing machines in the process, I think we managed to capture the feeling of the track really well...” he says.

Email ThisBlogThis!Share to TwitterShare to FacebookShare to Pinterest
Etiquetas: new single, Repetition, Ride, Shoegaze, This Is Not A Safe Place 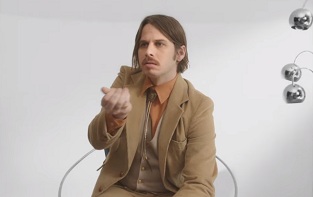 The song is part of our current playlist and came out in June. Grab it here.

Speaking about the track, frontman Mark Foster explains: "I think the quality that makes us distinctly human is our ability to live in duality. we comprehend the present external world we’re in, while having an internal dialogue about what it all means. we can be our own best friends. we can be our own mortal enemy. we can ski the alps in the peak of summer from under our bed covers at night. we can sail the high seas with Yeats and pick his brain about the afterlife in the holy city of Byzantium. we can fall in love with a stranger that passes us on the street; forming a complete history and future with a person we’ve never even spoken to. Our internal life is a universe, worthy to be explored and engaged. a dangerous place full of desires, undiscovered and unfulfilled. in our imagination we can escape our reality and create a new one."

The video was directed by Mark Foster. Watch it below. 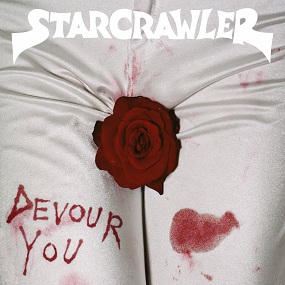 The follow-up to 2018's self -tiled debut will be out on October 11 via Rough Trade Records. Pre-order your copy here.

According to the press release, Devour You is a record that dynamically captures the essence and aggression of their gloriously unhinged live shows. Produced by Nick Launay (Nick Cave & the Bad Seeds, Yeah Yeah Yeahs, L7) at Sunset Studios, Devour You takes the feral intensity of their 2018 self-titled debut and twists it into something grander and more gracefully composed.

With its more elaborate and nuanced yet harder-hitting sonic palette, the result is a selection of songs radiating both raw sensitivity and untamable power, and a record that the band’s Arrow de Wilde says, “encapsulates all the blood, sweat, bruised knees, and broken fingers of a Starcrawler show.”.

The band have also shared their new single "Bet My Brains", produced by Nick Launay (Nick Cave, YYYs, Arctic Monkeys), 'it distills Starcrawler down to its essence with a massive guitar riff, rollicking drums and a wide screen performance by Arrow de Wilde that illustrates just how ready this band is to explode into the mainstream.

Check out the album's tracklist and the video for "Bet My Brains" below.