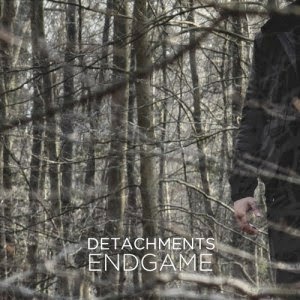 We're used to listen infectious tracks from Detachments and "Endgame" is no the exception. With Endgame, you get immediately trapped by its 80s synth-pop mark mixed with a very dark style, and frontman Bastien Marshal's vocals deliver the same dark, deep and distinctive style.

"Endgame" is out today (May 26) through Polvo Records, and is taken from their forthcoming EP of the same name, which will be released on May 30.

Have a listen to the track here.
Website: detachments.co.uk
Publicado por KOOL ROCK RADIO en Sunday, May 25, 2014 No comments: