The Charlatans To Perform 'Tellin Stories' In Full On UK Tour 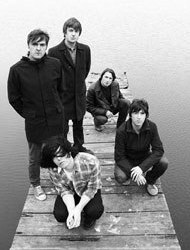 The Charlatans will be performing their celebrated 1997 number 1 album ‘Tellin’ Stories’ live in its entirety at London HMV Hammersmith Apollo and Glasgow Barrowland in June 2012.

The performances will celebrate the 15th anniversary of the band’s fifth studio album. ‘Tellin Stories’ saw The Charlatans enjoy their commercial peak in the mid 90s, and spawned enduring fan favourites such as ‘North Country Boy‘, ‘How High‘ and ‘One To Another‘. It is also notable for being the final Charlatans record to feature contributions from original keyboard player Rob Collins, who died in a car accident during the recording of the LP.

Tickets for the two shows are due to go onsale from this Friday, December 9th, at 9.30am, with a pre-sale available on the band’s official website tomorrow (December 7th), also from 9.30am. 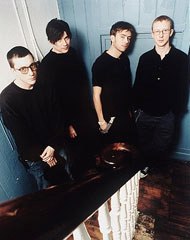 Reforming in the summer of 2009, Blur have taken their time before announcing their next move. In an interview, bass player Alex James revealed that Blur were preparing to meet up once again over Christmas. "We're getting together for a Christmas drink next week which is nice. We still see each other all the time, more since we were all living out of a suitcase".

Reflecting on Blur's success, Alex James doubted if the music industry could support a younger version of themselves. "I don't think Blur would be signed if they were around today. It's a shame, but you can't really be in an indie band these days. You can't really be in Half Man Half Biscuit or Crispy Ambulance today, you can't make any money."
Publicado por KOOL ROCK RADIO en Thursday, December 08, 2011 No comments: 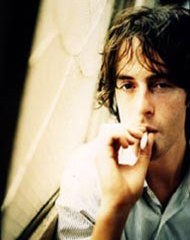 Issuing a statement, J Spaceman said: “When you make a record, it has to be the single most important thing in your world. This time around, I wanted to do something that encompassed all I love in rock ‘n’ roll music. It’s got everything from Brötzmann and Berry right through to Dennis and Brian Wilson. I’m obsessed with music and the way you put it together and I don’t believe there are any rules.”

The tracklisting for 'Sweet Heart Sweet Light' is as follows:

Blur are to receive the Outstanding Contribution to Music accolade at the BRIT Awards in February. The quartet are thrilled to receive the prestigious honour, which comes 21 years after they released their debut album 'Leisure'.

Frontman Damon Albarn said: "It's great to have recognition for all the work and all the heartache and all the joy that's gone into this band."

Guitarist Graham Coxon said: "Being in a band this long is like a kind of time travel. We're the same gang we ever were, we've just landed in a different era. Or possibly we're a totally different Blur still playing the old tunes in 1991 forever. I haven't decided. But it's always nice to get a Brit Award."