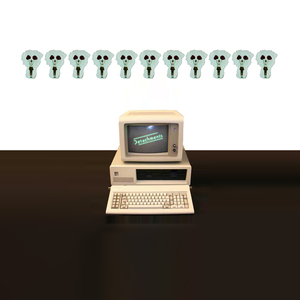 After 12 months of excellent tunes, new bands, exciting releases and long hours of debating, Kool Rock Radio has finally collated their '2010 Albums Of The Year' list and is proud to announce the winner: The self-titled debut album by DETACHMENTS.

To us, Detachments was a big surprise from the very first played. It is an amazing record that transports you to the best part of 80s' decade, with a particular flavour of late 70s' new wave bands (specifically the times of cold wave, minimal wave and new wave) where the music was pure inspiration, creativity and most of all 'emotion'. Their music takes over the work left by The Normal, Gary Numan, Cabaret Voltaire, and other great bans from that time.

Their obscure sound is also at times reminiscent of New Order and Joy Division and it had to be that way because the creative force behind Detachments, Sebastien Marshal comes from Manchester, the drummer Pete Dawson comes from Leeds, once the center of gothic music and Mark Three from London. The creative works of these talented musicians along with the producer James Ford is so powerful (with only one album and a few EPs) that we believe they can receive cult status if they remain productive.

In summary, this album surfs over  electronic computer riffs, vocal effects, spacey synths, drum beats, screeching guitar and bass lines as those that sounded in the new wave clubs of the 80's, in addition to melancholic pieces of romanticism with a dark background which gives strength to each track.

It is a dance-rock album, with vital touches of bright electro pop, a record for exquisite ears that moves more than your feet, it moves your emotions.

Plus, Detachments was the BEST NEW BAND for Kool Rock Radio in 2009 and their singles 'Circles' and 'The Flowers That Fell' were both number 1 in our Annual Chart the same year.

Our countdown of the albums we have loved the most in 2010 concludes with this top 10:
Publicado por KOOL ROCK RADIO en Monday, January 17, 2011 No comments: 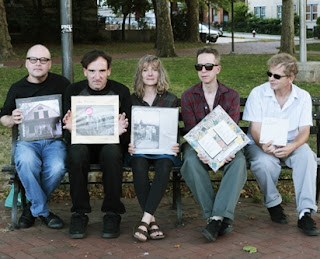 Releasing four albums together, The Feelies reformed in 2008 and launched a re-issue project. Packaging each album with a host of rarities, the band's music seemed more in-key with current indie rock than their own era.
Now the group have confirmed details of their first new album in over a decade. Signed to Bar / None Records, the Hoboken mavericks are set to release break their silence with new album 'Here Before'. More than fifteen years on from their previous album, The Feelies don't seem to have aged.
The new album touches on different styles from the Feelies’ long history while adding new grooves and musical ideas to the mix. Garage rocker 'When You Know' is matched by the arch lyricism of 'Bluer Skies' and the lush harmonies of 'Later On'.
Recorded in the Water Music complex in their native Hoboken, The Feelies laid down material for 'Here Before' in their basement. Working in their spare time, the group eventually collected thirteen songs. Working with the classic band line up, The Feelies hooked up with engineer Sean Kelly to complete the new album. 'Here Before' will be released later this Spring, with material available as a download, on CD and on vinyl with a digital download card.
In recent years, they regrouped to open some shows for Sonic Youth and also brought their singularly jittery brand of jangle to ATP NY in 2009.
'Here Before' will be released digitally as well as on CD and vinyl with a download card later this spring.
Publicado por KOOL ROCK RADIO en Monday, January 17, 2011 No comments: