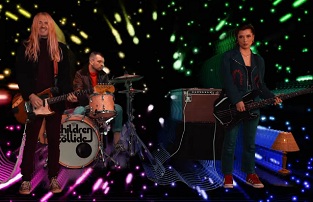 The song is taken from their fourth studio album 'Time Itself?', out today, 27 August. Get it here. 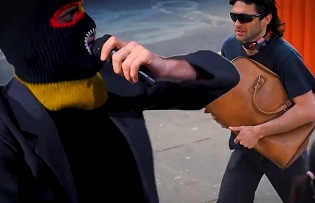 London synthwave/darkwave/no wave artist Maurice Business has revealed the video for his latest single "Centre Back".
The song is part of our current playlist  and is taken from his recent EP 'Stock Market Rhythms', which came out in May through Third Coming Records. Grab your copy here.

Email ThisBlogThis!Share to TwitterShare to FacebookShare to Pinterest
Etiquetas: Darkwave, no wave, synthwave 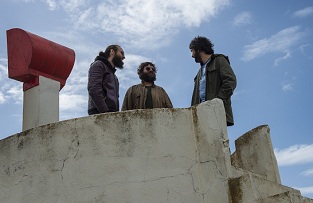 The song is taken from the band's upcoming fifth studio album 'Superinertia', set to arrive on September 10th via Fuzz Club Records.

Whilst the sound might be transforming, one constant is in the band’s founding mission to make “submersive music with subversive lyrics”. Evidence of their not wanting to shy away from uncomfortable truths, ‘Station Europa’ certainly fulfills on both fronts – with guitarist Pedro Pestana describing it as “a twisted anthem for the end of Europe, in which the once-sacred French words Liberté, Égalité and Fraternité are contradicted by a heritage of bureaucracy that gets in the way of a fellow member’s call for help.”
Take a listen below. 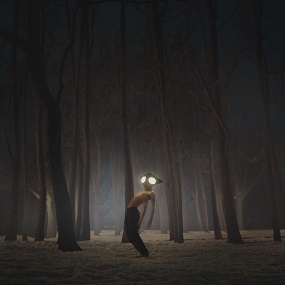 Brooklyn indie rock/post punk band Geese have announced the release of their debut studio album 'Projector'.
The 9-track record will be released on October 29 and physically on December 3 via Partisan Records and Play It Again Sam. Pre-order your copy here.
Geese is a band that begins and ends in Brooklyn, as a project between friends to build a home studio out of a basement. Their songs are born from the same ambition: make music by any means necessary. They began recording together with sneakers as mic stands and blankets draped over the amps, all within the afternoon following a school day, up until they ran the risk of noise complaints. Recently, they signed a record deal, so they are thinking about moving on from sneaker-laden mics and blanketed amps, but their musical ethos has not changed a bit.
Curiously alien, yet strangely familiar, Projector, is a product of five teenagers whose love of music touches every part of their lives: their restless anxiety about their futures, and their pent-up frustration with their present-a perspective all too familiar in today’s uncertain world. 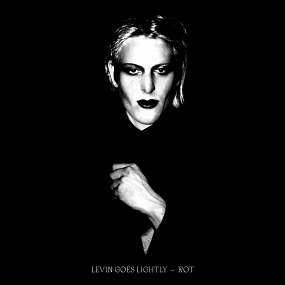 Germann lo-fi/psych pop/synthwave band Levin Goes Lightly have announced the release of their new album 'Rot'.
According to the press release, the follow-up to 2019's Nackt, is more epic and filigree and will be released on November 5 via Tapete Records. Pre-order your copy here.
Levin finally wanted to get away from the one-man band image, and especially during the isolation of the Corona period - without appearances and rehearsals together - he dreamed of loud, driving live music with epic, big moments, loud guitars, real drums, deeper ones Bass. Collectively as a band, we worked continuously on the songs with Thomas Zehnle and Paul Schwarz, as far as it was possible due to the pandemic.
This desire for more toughness led Levin Stadler, who continues to write the lyrics alone, to more intimate, but equally explicit and direct lyrics (“I turn and bend, shoot me, give me your kiss, lover”). For the first time, both languages, German and English, are represented on the album.
“Red” is clearly the most personal and intimate work to date, hence the choice of the title with the most emotionally charged color. Shortly before the lockdown isolation, the singer's long standing relationship broke up, also due to this existential experience of being alone, most of the songs on the album deal with the subjects of anger, love and desire. There are parallels to Roxy Music, Robert Görl and The Cure - all music Levin grew up with and which influences him to this day.
Check out the album's tracklist and watch the video for new single "Flirren".
Rot Tracklist:
01. Liebhaber
02. Sieh mich an
03. Romantik
04. Earrings
05. Geschichten
06. Flirren
07. All Cats Are Beautiful
08. Drama
09. Knowing Me, Knowing You 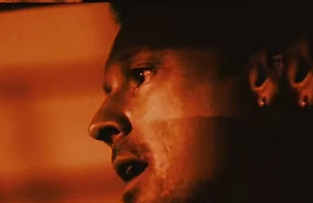 British indie/art rock band Django Django have unleashed the video for their new single "Under Fire".
The song is taken from 'Glowing in the Dark Deluxe Edition'. 'Glowing In The Dark', which came out in February this year through Because Music. Get your copy here.
Watch the clip below. 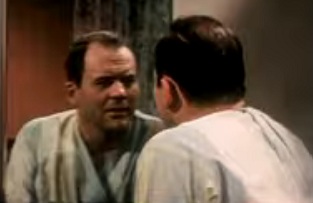 Canadian psych-pop/indie disco outfit Breeze (aka producer/multi-instrumentalist Josh Korody from Beliefs) has unveiled the video for his new single "Let It In".
The song is taken from their eighth studio album 'Only Up', out tomorrow, August 26 through Hand Drawn Dracula. Grab your copy here. 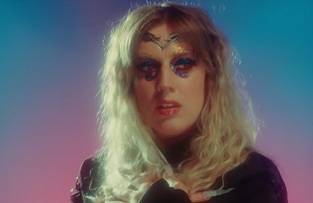 Denmark's rising, self-proclaimed sci-fi pop artist GRETA (aka Greta Schenk), has premiered the video for her new single "Forever We'll Be Dancing".
The song is the title track from her upcoming sophomore album.
Forever We'll Be Dancing is a declaration of love for Greta's husband. “My husband has been struggling with depression since we met and it was the worst last spring. One of the things that has helped him get out of it was actually something as simple as physical movement. To swim and dance. To feel free from all the heavy for a while. It became the focal point for me when I wrote the song. The lyrics are full of water metaphors, and the phrase 'Forever We'll Be Dancing' means to me that we can overcome everything and will always dance together through life, no matter how much it goes up or down, " says Greta.