British music heavyweights Pink Floyd have revealed two 30-second teaser clips from their forthcoming album 'The Endless River', which will be out on November 10.

It is the band's fifteenth album and their first new release in twenty years. Pre-order your copy here.

In a statement, producer David Gilmour said: "The Endless River has as its starting point the music that came from the 1993 Division Bell sessions. We listened to over 30 hours of the three of us playing together and selected the music we wanted to work for the new album."

Mason added, "The Endless River is a tribute to Rick. I think this record is a good way of recognizing a lot of what he does and how his playing was at the heart of the Pink Floyd sound. Listening back to the sessions, it really brought home to me what a special player he was."

The 30-second clips should give fans a tiny taste of what is to come. Check out below. 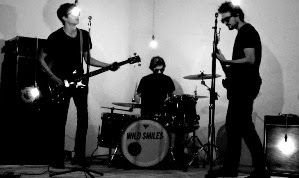 The song has been added to our current playlist and is taken from the band's forthcoming debut album 'Always Tomorrow', which will be out on October 27 via Sunday Best Recordings.

Pre-order the record here, and watch the video below.