Watch: Two Wounded Birds Reveal Video For 'To Be Young'

Two Wounded Birds have been on our radar for more than a year now and we've playing their songs in our regular rotation. Their self-titled debut album hit Kool Rock Radio in April 2012, and was oficially released last month on Holiday Friends Recording Co. (Jacob Graham of The Drums' label).

Now the band have unveiled the music video for "To Be Young", one of our favourite songs on the album, which will be released as a single on August 5th.

The video was directed by Dom Bridges.
Watch it below. 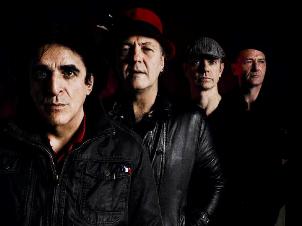 
Killing Joke, The Cult and The Mission were due to tour the UK together in September. But earlier this month a Facebook post, believed to be by Coleman, stated his band wouldn't take part.


The announcement, since deleted, said: "It gives me great pleasure to announce the cancellation of the upcoming gigs with The Cult and The Mission. Frankly, playing at a gig with The Cult never appealed to me in the first place.

"Gatherers would only get to listen to a one-hour set. Then there would be a problem with the dressing room and witnessing The Cult charge the fans $200 per head for a meet and greet.

"Lastly, all their songs suck! They clearly have no integrity (they refer to their hometown as LA)."

Days later, Wayne Hussey of The Mission took to his band’s website to address the rumors, writing, "I think the promoters have conceded that Killing Joke ARE puling out of the shows. We have tried to contact the band through their management, agents and promoters and it seems that no one is any the wiser and the band have gone incommunicado."

Now, Coleman bandmates, insist the concerts haven't been axed, and allege they haven't heard from Coleman and are concerned about him. Read Killing Joke's full statement below.

A statement was posted on Facebook, reputedly by our singer, maligning both The Cult and The Mission and pulling us out of the shows.
He is now AWOL and has not contacted any of his band mates.

We are deeply embarrassed by this and offer our sincere apologies to all involved.

We are all concerned about our missing singer's welfare.

Killing Joke made a collective decision to play with The Cult and The Mission in September.

It was agreed by all of the band that we would do these shows. Indeed, we thought that they were something to look forward to, even though they were downsized.

We would still like to honour our commitment to this tour, the other bands, and all the Gatherers and people who have already bought tickets and made travel arrangements.

If this proves not possible, Killing Joke will make alternative arrangements to compensate for the trouble caused.

Meanwhile we are doing everything we can to make this tour happen and locate our missing singer.

Bloc Party New Album 'Four' Could Be Their Last? 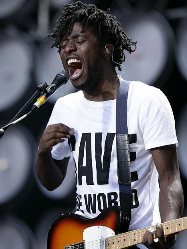 In a recent interview with Australian radio station, frontman, Kele Okereke suggested that the band's latest album 'Four' could be their last.

"When we took a break in 2009 I was in the mind-set that we were done, our relationships were in such a difficult place that this was it, this was the end I don't know where we'll go from here."

"I don't know what will happen. But I know if this is the last thing we ever do, then we've done everything I wanted to do."


Bloc Party's 'Four' will be released on August 20th through their new label Frenchkiss Records. Check out the tracklisting below: