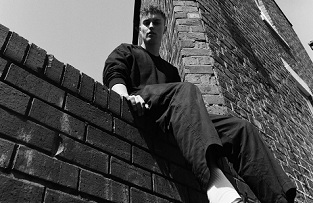 Newcastle indie rock musician Sam Fender has released his new single "Spit Of You".
The song is taken from his upcoming second studio album 'Seventeen Going Under', set to arrive on October 8th through Interscope Records . Pre-order your copy here.
Sam words: “This is one of my favourite songs on the new record, it’s a song about boys and their dads. It’s based around my own relationship with my old man, and how we both struggle as blokes to communicate the way we feel to each other without it becoming a stand off. It’s about how the apple doesn’t fall far from the tree, as I get further in to my twenties i see so much of myself in him, especially when it comes to being stubborn. The second half of the song talks about seeing him with my grandma when she passed away, and how I saw him as a son, and how that moment reminded me to make the most of my time with him. If anything, it is a declaration of love for him."
Watch a lyric video below. 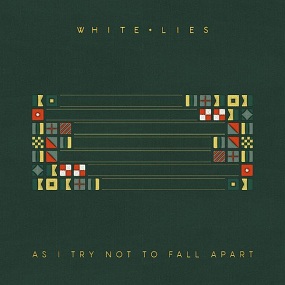 London indie/post punk trio White Lies have announced the release of their sixth studio album 'As I Try Not To Fall Apart'.
The follow-up to 2019's Five, was recorded at Sleeper and Assault & Battery studios in London, with long-term collaborator Ed Buller, and will be out on 18th February 2022 through [PIAS]. Pre-order your copy here.
“We wrote this song quickly, late one night, and often the songs which come quickest are written from the gut and the heart, not with the head,” the band explained in a statement about the title track. “We wanted the melody to feel like a hymn, to give the confessional lyrics weight despite being wrapped up as a pop song. It’s about accepting vulnerability as a man, and knowing it’s ok to be broken. There’s never been a more pressing time to spread the message that it’s ok to not be ok.” 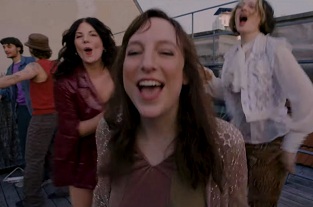 The song is part of our current playlist and came out last week (September 20) via Siluh Records. Get it here.

"Let's pretend the night has just begun" - Imagine that summer wasn't over yet, the bubble would flow forever and every sunrise would be the harbinger of the next rushing festival. In their new single ′′ Streets DIVES sing about longing for long nights and balmy summer evenings, about wanting to go home, scattering and letting go. They sing about those special evenings you float through, weightless, free from ballast and with your head in the clouds.
Watch the clip below. 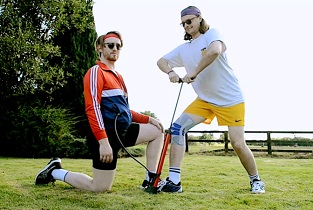 Leeds-based lo-fi rock band Team Picture have dropped the video for their new single "The Big Trees, The Little Trees"

The song is out today (September 27) via Clue Records. Get it here.
Employing satire to criticise the current, poignant subject of societal discourse that is the incel community. The track pairs dark, downbeat lyricism with an upbeat, percussion-lead groove and a pop-hook chorus that’ll be stuck in your head long after the first listen.
Speaking about it, Josh explained; “The Big Trees, The Little Trees’ is a sub-Talking Heads piece of black-pill satire. The title comes from what might be the first piece of incel literature ever unfortunately created, called ‘Might is Right’ by a total asshole called ‘Ragnar Redbeard’ (the pen name of one ‘Arthur Desmond’). The track was originally considered for the recording sessions for our 2nd record, but after completion of this version we decided it stood neatly enough on its own horrifying two feet to be presented separately...” 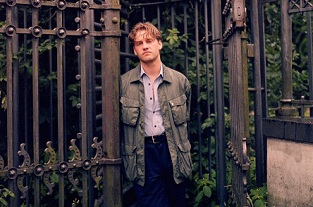 Holm the solo project by Mikkel Holm Silkjær (from Danish indie rock band Yung) has unveiled his new single "Intelligent Moves".
The song is taken from his forthcoming debut studio album 'Why Don't You Dance', which will be available on November 12 through PNKSLM Recordings. Pre-order your copy here.

Recorded by Yung bandmate Tobias Guldborg Tarp (who co-produced alongside Neil Robert Young), Why Don’t You Dance is the sound of Silkjær stepping away from his group’s predilection for taut rock and roll and instead embracing a different side of his musical personality, one defined by his sharp ear for a hook, as well as - crucially - his burgeoning ability as an expressive lyricist.
Mikkel words: "Often I find myself repeating the same routines, week in and week out. Through repetition I’ve settled and come to terms with life as is has presented itself to me. At the time Intelligent Moves was conceived I found myself in a strange state where I had just started to realise that my own self-perception was the cause of me neglecting the importance of my own wellbeing. Detaching yourself from a naive or toxic perception of life can, for a number of reasons, be incredibly hard, but nonetheless very important, in order to move forward towards a more sustainably way of dealing with everyday life. The song title and the lyrics in Intelligent Moves contemplate these thoughts."
Take a listen below.

Watch: French Police Share Music Video For "Dance With Me" 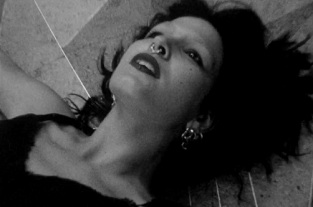 The song is part of our current playlist and is taken from their album 'Haunted Castle', which came out in February 2020. Grab it here if you haven't already. 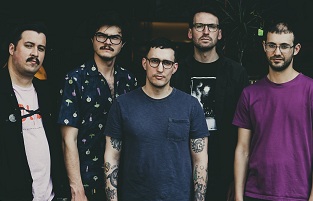 In commemoration of New Order’s 40th anniversary, Austin, TX band Don’t Get Lemon and Boston coldwave/post punk/darkwave band True Faith have teamed up for a new split featuring their cover versions of  "Procession" / "Everything's Gone Green".
The cover split is out now via La Carte Records. Get copy here.

Stream both covers below.