SPC ECO have unveiled the video for their song "Push", the title track on their latest EP. The song is part of our current playlist.

The video was directed by Billy Sprinkles. Watch it below.

Suede have unveiled the music video for their new song 'Barriers', a track taken from their forthcoming new album ‘Bloodsports’, which will be released in March 2013 preceded by the single ‘It Starts And Ends With You’ in February.

Watch the video below

David Bowie Releases New Single 'Where Are We Now?' And Announces New Album 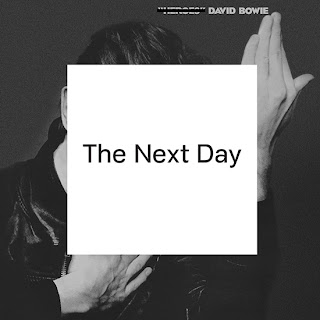 On his 66th birthday, the music legend returns with his single 'Where Are We Now?', his first new music for a decade, and revealed details of a new album.

Entitled 'The Next Day', the new album will be available March 12th via Columbia Records, and the lead single is available to purchase through iTunes.

The album was written in New York and produced by longtime collaborator Tony Visconti. The music video, directed by Tony Oursler, reflects Bowie’s time in Berlin in the late 1970s. “He is seen looking in on footage of the auto repair shop beneath the apartment he lived in along with stark images of the city at the time and a lyric constantly raising the question Where Are We Now?” Bowie’s website explains.

The track listing for The Next Day is posted below and the album is available to pre-order now through iTunes (the deluxe version of the album adds three bonus tracks).