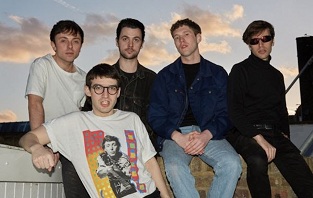 The song is taken from a forthcoming EP which is set to release soon via their own Moth Noise imprint.

Vocalist Fred Macpherson says of the new single, ""Half Life" is about the fear of missing out on your own life. The worry that you're losing touch with people, places, culture, no longer recognising yourself in the mirror, the constant tick of the clock in the background. It's about wondering how much time you have left. But we wanted the music to be upbeat and celebratory. There's nothing better than a group of people just losing it, all singing along to something a bit miserable. That's the life blood of the indie disco, handed down from generation to generation... Dancing with tears in your eyes."

Watch: Rev Rev Rev Drop "One Illusion Is Very Much Like Another" Video 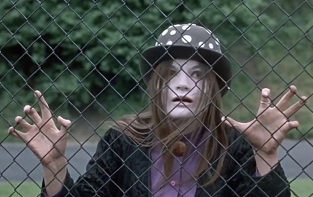 Italian shoegaze/noise-rock band Rev Rev Rev Drop have dropped the video for their newest single "One Illusion Is Very Much Like Another".

The song is taken from their upcoming album 'Kykeon', set to be released via Fuzz Club Records. Pre-order your copy here.

Talking about the track, guitarist Sebastian Lugli says: "We like the listener to be conveyed to a hypnotic flow so we work by subtraction, minimising centrifugal elements such as harmony and rhythmic variations and instead playing with the sonic texture. 'One Illusion' is all built on repetition, with different layers of sound going in and out. There’s the Tanpura, modular synths and some guitars. Among these is the one played with a Mush-trem, a vintage sounding tremolo that I self-built in an old volume pedal case to continuously change the rate while I play".

Email ThisBlogThis!Share to TwitterShare to FacebookShare to Pinterest
Etiquetas: Kykeon, Noise Rock, One Illusion Is Very Much Like Another, Rev Rev Rev, Shoegaze 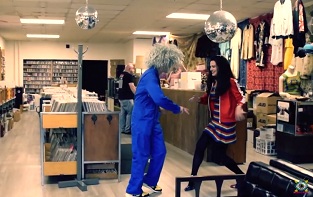 NYC sci-fi punk/neo-new wave duo The Fantastic Plastics (aka Miranda and Tyson Plastic) have unleashed the video for their latest single "Disintegration".

The song is part of our current playlist and is taken from their upcoming album 'Malfunction', which will hit the stores on October 4th. Buy it here and stream it below.

The video was created by Angelyn Toncray, starring Mitchell Lister as "Paranoid Man". Watch below. 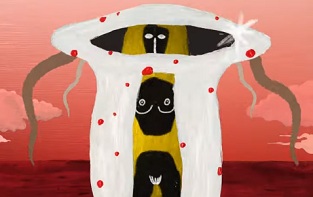 The song is taken from the forthcoming new album 'Beneath the Eyrie', which will be out on September 13th. Pre-order your copy here.

The video was directed by Kii Arens / Bobbi Rich, watch below.

Watch: The Berries Share Music Video For "Makes Me Sick" 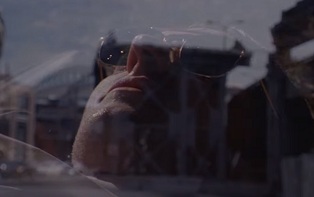 Seattle, WA rock/psych band The Berries have shared the video for their new single "Makes Me Sick".

The song is taken from the upcoming sophomore full-length 'Berryland' out September 20th via Run For Cover Records. Pre-order your copy here.

For fans of Spiritualized, Primal Scream, and Neil Young.

The video was filmed and directed by Matt Shanafelt and Jaime Nadel. Watch it below. 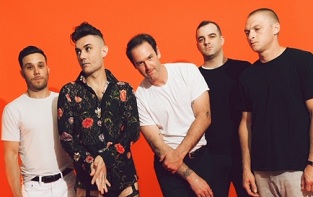 The song is taken from the forthcoming album 'In the Spirit World Now', set to be released on August 23 through Relapse Records. Pre-order your copy here. 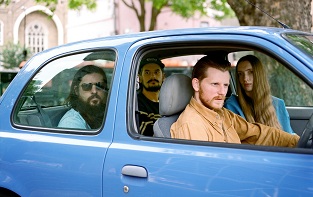 The song is taken from their upcoming debut EP 'Sweet Princess', set for release on August 16th, we have already heard the first single "Magic of Meghan". Pre-order your copy here. 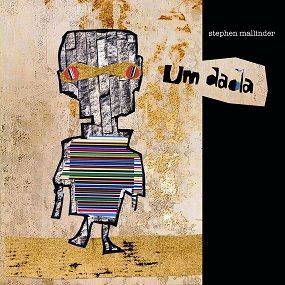 Brighton, UK musician Stephen Mallinder, co-founder and frontman of the iconic Cabaret Voltaire, has announced the release of his new album 'Um Dada', his first solo album in over 35 years.

Laced with leftfield house and cut-up sound collages, Um Dada is a melding of energies that are an exercise in simplicity and motion. Sincere, playful realism that beckons your body to move, always reminding you to never take yourself too seriously without forfeiting your agency.  It will be out on October 11 via Dais Records, pre-order it here.

Um Dada is mischievously idealist, however never loses touch with reality. Offering structure while simultaneously dismantling any and all preconceptions. The spirit of sincerity that sustained Cabaret Voltaire’s lengthy career is abundantly present within founder Stephen Mallinder’s journey through his own whimsical utopian consciousness and staking claim to an identity that is solely his own.

Most in his position would be caught up in rosy retrospection, but Mallinder himself says: “There’s too much digital finger-licking right now; every thought and desire at the turn of a dial… well a click of the mouse. And there’s a giddy, false nostalgia about the analogue past. Sorry to burst your bubble but the truth of history is more mundane: practical, pragmatic…Um Dada is about ‘play’ – cut and paste, lost words, twisted presets, voice collage, simple sounds – things that have been lost to technology’s current determinism. Let the machines talk to each other, let them dance .. they lead, we follow.”

It opens up with the exact machine-led surrealism that Mallinder recommends in “Working (You Are)”. A thick, stripped back dance floor groove provides the ideal foundation for Mallinder’s eccentric vocal cuts. The frisky chops present an almost twisted irony, subtly bringing to mind the role we’re all forced to play as just another cog in the ever grinding capitalist machine of life. Yet, somehow, the listener is left feeling optimistic. A prime example of simplicity at work.

Check out the album's tracklist and take a listen to "Working (You Are)", below.

Email ThisBlogThis!Share to TwitterShare to FacebookShare to Pinterest
Etiquetas: Stephen Mallinder, Um Dada, Working (You Are) 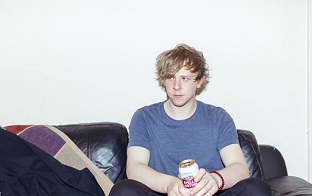 The song is out today (August 6). Grab it here and stream it below.