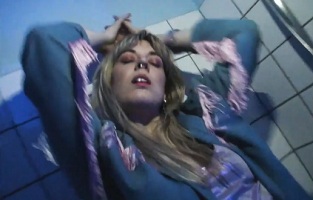 Denmark's rising, self-proclaimed sci-fi pop artist GRETA (aka Greta Schenk), has unveiled the video for her catchy new single "Vibrant".
The song,  produced by Norway’s FARAO and glittered with a kitsch 80s bassline, was born out of the romantic bubble Schenk and her husband shared during lockdown through, and is out now via W.A.S. Entertainment.
Schenk says of the track: "'‘Vibrant’ is about two people who love each other and spend the lockdown together. It is about the feeling of reality becoming a blur, about losing a sense of time, becoming restless and longing for something more. Something more from each other but from life too. The song captures the frustration that you feel because the world is no longer the same and you’re constantly longing for something new. The song contains a lot of love and connectedness and at the same time is about sharing a common longing to go out and dance, for some sort of escape. I hope the listener will feel both the euphoria and the longing in the song, and that it will make them want to dance and dream. It can hopefully work as a brief form of escapism.”
GRETA moves through a magical universe where transcendence and futurism merge with nostalgia and the familiar. Her lyrics are laden with existential reflections on the core of life, which she explores through the contrast of light and dark. Her sound reflects her love for 80s synths and grooves while also embracing futuristic soundscapes, which she seamlessly threads together with bright and airy vocals. By encapsulating those dichotomies, her music has the ability to evoke multiple emotions at once - to listen to a song like ‘Vibrant’ is to experience a sort of melancholic nostalgia and euphoria both at the same time. 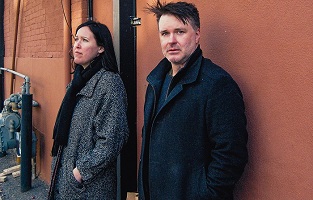 Toronto atmospheric electro-rock duo Paragon Cause (aka Jay Bonaparte and Michelle Opthof) have shared the video for their new single "Think I’m Going Crazy Over You (Jupiter Mix)".
The track is the next musical masterwork to come from the duo, this time the duo is working in close collaboration with two veteran European hit makers/producers/songwriters as part of their forthcoming new album, Autopilot: Sune Rose Wagner of The Raveonettes and Liam Howe (Sneaker Pimps/FKA Twiggs/Lana Del Ray). Get it here.
“The idea was to take the lyrics and melody for Think I’m Going Crazy Over You and create different music to accompany it, changing the meaning of the song each time. We wanted to experiment with the power of music and sound, so we recorded three different versions of the same song,” says Bonaparte.
“We wanted to show how an individual can view one single situation from different perspectives, depending on the day, their feelings, or their point of view,” added Opthof.
The three versions of the song also represent the breadth of the pair’s musical inspirations and the various people who helped bring Autopilot to life. The single version (Jupiter Mix) of the song was recorded with producer and Sneaker Pimps co-founder Liam Howe. The song features a production style that maintains a driving pulse and darkening atmosphere but the mood changes dramatically when the backdrop changes to a psyched-out dance groove.
Lyrically the song is more about being in a frustrating circumstance or time in life and not being able to say or do anything about it; according to lyricist Opthof: “I was in one of those moods where I was frustrated with something going on around me and my inability to make a change; something I feel really passionate about.”
It is a sentiment and a song that will undoubtedly find resonance amongst pretty much anyone who hears it. Bonaparte adds: “We called this version the Jupiter Mix as Liam heavily featured his classic Jupiter 8 synthesizer. The sounds of that instrument really bring the emotion forward.”
Watch/listen below. 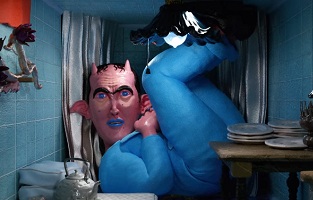 Brighton/London art-rock/psych band Squid have aired the video for their latest single "Pamphlets".
The song is part of our current playlist and is taken from their debut studio album ‘Bright Green Field’, released on May 7th via Warp Records. Buy your copy here.
From the band: When planning the music videos for this album we wanted to make sure we covered a few different mediums, so we're super happy to have a freaky animation ticked off the list.
Unsettling? Yes!
Hopeful? Yes!
Life affirming? I wouldn't go that far... but close!
Enjoy. 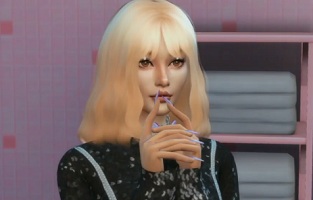 L.A-based electronic/electro-pop/minimal synth project Gel Set (aka multimedia artist Laura Callier), has released the video for her new single "Love Problems".
The song is taken from her upcoming new album 'Tone Invasion', which will be out on April 30. Pre-order your copy here. 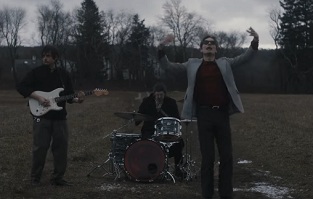 The song b/w "Ring Bell" is out today (May 18) via Gawk Records. Get your copy here.
“The creation of this song was sparked by my dad having a stroke that has resulted in global aphasia,” Vundabar singer and guitarist Brandon Hagen explained in a press release. “That happening, on top of quarantine, produced a crisis within a crisis. The song originated as being about having difficulty describing the world and yourself, and then my pops’ stroke happened and it felt uncanny and fated.”
‘Aphasia’ is accompanied by a video created by Hagen’s sister and her boyfriend. “My sister is a producer/director, her boyfriend is a cinematographer and I make songs so we took all of our sadness, nervous energy and fear of death and channeled it into making something light and fun – something to counterbalance what we were dealing with,” Hagen said. “It feels fitting that the video is about vampires, your classic death creature, having a goofy romp – it reflects what we were trying to do – flip a feeling on its head, and that feels very Vundabar-ish.” 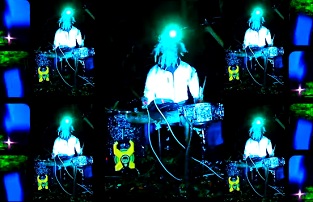 East London art wave/post punk/krautrock band Snapped Ankles have premiered the video for their new single "The Evidence".
The song is taken from their forthcoming third studio album 'Forest Of Your Problems', which will be out on 2 July via The Leaf Label. Pre-order your copy here. 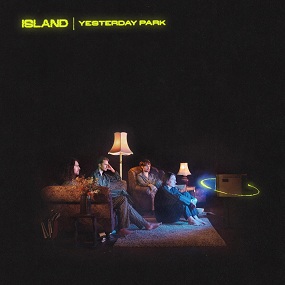 London indie rock/alt band ISLAND have announced the release of their second studio album 'Yesterday Park'.
The follow-up to their 2018 debut Feels Like Air, was recorded just before the lockdown hit in spring 2020, with producer Mikko Gordon (Thom Yorke, Arcade Fire), it will on June 25th via Frenchkiss Records. Pre-order your copy here.

Eventually working with producer Mikko Gordon much later that year, the band used their experiences to infuse a new, groove-based approach with an added intensity. Yesterday Park is an album about nostalgia, that feeling of looking back, not to one specific time or place but rather the feeling associated with the hazy blur of childhood and teenage memories.
The songs cover a lot of different themes, but at their heart they all stem from formative memories. Introducing new textures, instrumentation and recording techniques allowed the band to better create that reflective feeling they were aiming for. They drew a lot of influence from the 90s, and particularly beat-driven 90s hip-hop which inspired a lot of the grooves in the album.
Check out the album's tracklist and listen to their new single "Do You Remember The Times", below.
Yesterday Park Tracklist:
01. Octopus
02. Everyone's The Same
03. Do You Remember The Times
04. Young Days
05. We Used To Talk
06. Yesterday Park
07. By Your Side
08. The Lines We Follow
09. When I Gave You My Heart
10. This Part of Town
11. My Brother
12. The Way We Love 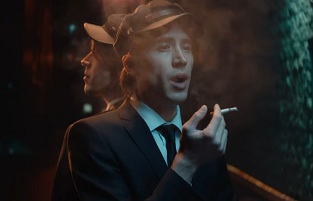 LA-based indie pop project Always You (formerly known as Ablebody) have released the video for their new single "Black City Nights".
The song is taken from their forthcoming sophomore album 'Bloom Off The Rose', which will be available on July 16 through Shelflife Records/Discos de Kirlian. Pre-order your copy here.
Always You is made up of brothers Anton and Christoph Hochheim,  who are best known for their time as part of the New York synth-pop group, The Pains of Being Pure at Heart with Anton also an active member of the band, Beach Fossils.
“The subject matter is life as vignettes,” Christoph describes, “Snapshots and stories of my relationships, mainly the one I'm just coming out of as viewed from different moments in our timeline, often projected imagined futures and mourning losses yet to come.”
These sentiments of growth and change ring bright and true with this first single, "Black City Nights", a track that thrives and reverberates in the spatial city light luster, something underpinned further with the accompanying visual which finds the pair working as chauffeurs around a neon-coated city, transporting lost souls and forgotten heroes. Here, Anton, Christoph, and company encapsulate the brightest moments of their past two decades of experience, seamlessly executing an assertive take on indie-pop economics, filled with glistening guitars and incandescent beams of synth.
Speaking about the new single, Christoph of the band says: "'Black City Nights' is a song for the disheveled and defeated, a vivid depiction of long sleepless nights, chasing ghosts of one’s past and future, lost bets, and blind optimism that the next big break is just around the corner. It’s about loneliness and what people do to escape it, as well as the hopefulness that keeps us pushing through."