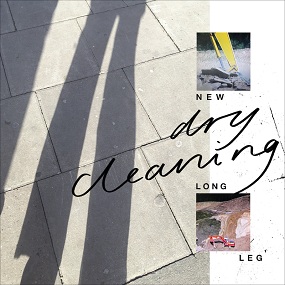 The 10-track album, which includes their new single "Strong Feelings" and last year’s single ‘Scratchcard Lanyard’, was recorded over two weeks last summer at Rockfield Studios in rural Wales with producer John Parish (PJ Harvey, Aldous Harding), and will be out on 2nd April through 4AD. Pre-order your copy here.
Following on from their thrillingly taut 2019 EPs Boundary Road Snacks and Drinks and Sweet Princess, New Long Leg is more ambitious and complex, with Shaw’s spoken vocals tightly intertwined with the band’s restless instrumentals.
With lyrics preoccupied by themes like dissociation, escapism, daydreaming, complicated feelings of love, anger, revenge, anxiety, the kitchen, lethargy, forgetfulness, and survival, Shaw says, “the title is ambiguous; a new long leg could be an expensive present or a growth or a table repair.”
Check out the album's tracklist and watch the video for their new single "Strong Feelings", below. 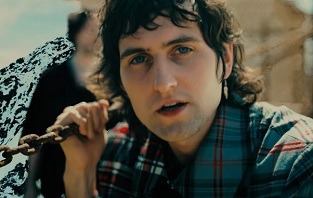 Tulsa indie pop/indie rock duo Sports (aka Cale Chronister and Christian Theriot) have unleashed the video for their latest single "The Look".
The song is part of our current playlist and is taken from their upcoming EP 'Get A Good Look Pt. 1' EP, set to arrive on February 12th. Pre-order your copy here. 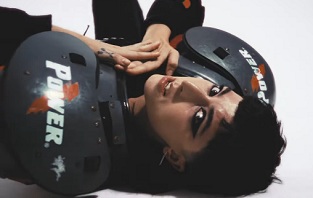 Chicago avant pop/darkwave/synthpop band Pixel Grip have premiered the video for their new single "Pursuit".
The song is taken from their forthcoming sophomore album 'Arena', out later this year via Feeltrip Records. Get it here.
From the band: "Pursuit is a song about surrendering to your desires to be with someone who is bad for you. its about the feeling of someone chewing up and spitting out your love and still coming back for more. vocally rita lukea takes us from deranged, operatic chants to seductive whispers, all the while a sinister bass line and unrelenting drums pound away..."

Watch: Oceanator Shares Music Video For "I Would Find You" 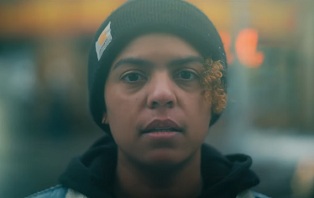 New York indie rock/pop/alt artist Oceanator (aka Elise Okusami) has shared the video for her latest single "I Would Find You".
The song is part of our current playlist and is taken from her album 'Things I Never Said', released in August 2019, with physical available from Polyvinyl on February 26, 2021. Get your copy here.

Watch/ the video below. 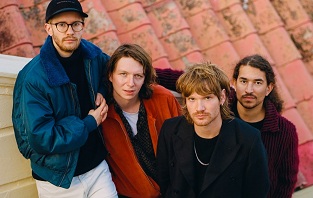 London indie rock/alt band ISLAND have returned with their new single "Octopus" and its accompanied video.

The song is out today (February 9). Get it here.

Speaking about it the band said: “‘Octopus’ describes the feeling of looking back on rebellious teenage years from a time where an impulse to cause trouble has been replaced with new sentiments. It’s about the conflict felt as a musician between wanting to grow older and wiser and wanting to stay young, and it asks if we as a world are only interested in stories, and whether normality is something to be desired. A world in which you might be persuaded to change yourself to fit in, like an octopus changes colour to adapt to its surroundings. The song ends by flirting with the idea of reverting back to old ways, and getting back to making trouble.” 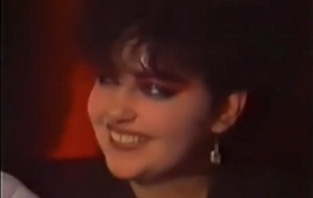 Brazilian post punk/darkwave band Anum Preto have released the video for their new single "Além Do Bem E Do Mal".

The song is out today (February 9). Buy it here. 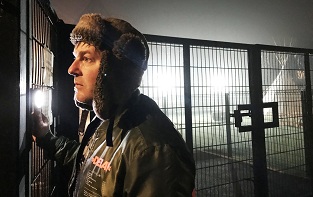 MICROCORPS, the new electronic project by London artist and musician Alex Tucker (Grumbling Fur, Alexander Tucker, Imbogodom) has revealed his new single "XEM", featuring Gazelle Twin.
The song is taken from his forthcoming debut release 'XMIT', an eight-track album featuring collaborations with Gazelle Twin, Nik Void, Simon Fisher Turner and Astrud Steehouder, is out on 16 April via Alter. Pre-order your copy here.
Tucker’s ever-evolving soundworld continues to unfold with this collection of harsh realms centred around processed electronic systems, strings and vocal manipulations. On the new album, MICROCORPS employs altered voices, sound synthesis and atomised beat constructions. In a move away from previous projects XMIT investigates erasing the self, removing obvious traits of the hand and voice, and allowing a focus on the humanoid rather than the human. Instead of recognisable lyrics and coherent imagery, MICROCORPS evolved synthesised voices to generate alternate characters.
He expands, “I was investigating how language brings our world into being and how manipulating the actual grain of the voice could open up momentary shifts in perception.”