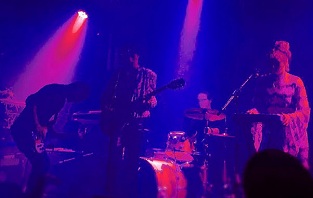 London psych/post punk band Happymess have shared their debut single "Over the Seasons".
Recorded by Gavin Bowers between London and Norwich amidst lockdowns, his spontaneous and creative production approach ensured this song would sound lush and fresh nonetheless.
This song, an ‘up-tempo ballad’, flows between dark intimate verses and uplifting choruses while its whole is infused with a driving beat and a dreamlike quality akin to futuristic nostalgia. The lyrics, at times abstract and poetic, deal with a yearning for union in the face of adversity and the realisation that we’re alone together in life’s struggles.
The band is made up of Elian (vox & guitar) and Dade (bass & vox) who knew each other from having been in Arms and Eliphant previously, Hannah (keys/vox) who joined when the band was created and Bobby (drums) who joined soon after.
The song is out today (February 4th) through Catch 21 Records. Get it here and  take a listen below. 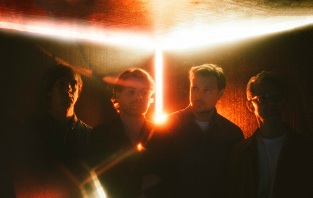 British indie/art rock band Django Django have aired the Busy P Remix of their latest single "Free From Gravity".
The band's forthcoming new album 'Glowing In The Dark', will be out on February 12 through Because Music. Pre-order your copy here.
Get the remix here and take a listen below. 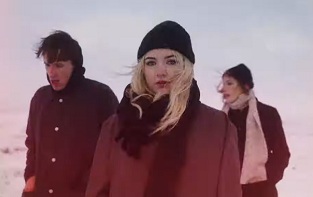 The song, produced by Matt Peel at The Nave, is out today (February 3) via Dance to the Radio. Grab it here.

From the band: "A song about cultural isolation, inspired by the likes of Joy Division, Cocteau Twins, and whoever else our producer told us to listen to. We’re so proud of it and hope you like it too!"
Watch/listen below.