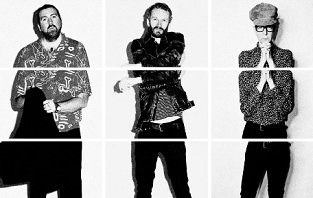 English electronic/nu disco new band Extra Credit, comprising of Joe Goddard, Marcus Marr and Justin Strauss, have released the video for their new single "It's Over".
Extra Credit is the project of three of electronic music’s greatest exponents; legendary NYC DJ and producer Justin Strauss, London DJ and producer Marcus Marr and Hot Chip’s Joe Goddard; one of dance music’s greatest polymaths.
The AA single “It’s Over/Drive Me” will be out on March 12 via DEEWEE, the label from David and Stephen Dewaele AKA Soulwax. Pre-order your copy here. 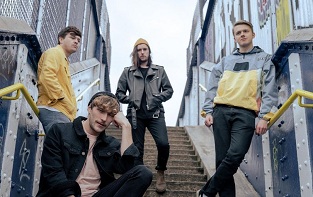 English indie/alt pop band Crystal Tides have revealed their new single "Headcase".
The song is taken from their forthcoming EP 'Eat Your Words', due out May 28th (TBC) via Singing Light Music. Get it here.

Although on the surface 'Headcase' is an upbeat indie-pop song, the track has a deeper meaning. Speaking of the inspiration behind the track the band commented, “Headcase is about being led on by a person who is obviously using you which causes you to go a little bit insane. The emotions you deal with alongside the mental battle inside your own head because you can't figure out why you can't stop thinking about that one person despite the fact they’re just playing with your head. You know it's wrong but you think somehow you can make it work”.
FFO: BLOXX, The Howl & The Hum, Bombay Bicycle Club, The Lottery Winners
Take a listen below. 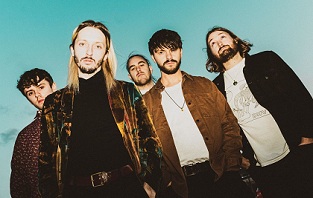 The song is taken from their forthcoming EP 'Modern Fantasy', due out this year. Get it here.
Sonically ‘Another Life’ continues to build upon much of the Shoegaze sounds encapsulated in the bands earlier releases. Made up on lush reverbs, pounding drums and soaring vocal hooks the track takes a dreamy look at finding love and explores the rush of emotions which go with it.
Jamie Lambert (Vocalist, Guitar) commented on how lyrically '"Another life is a song about longing for something or someone to change your life for the better. It’s about wanting to start a new life where you aren’t restricted by the boundaries in your old one one, almost like a rebirth".
Liam Grindell (Guitar, Synth) commented on how “we had the track in the pipeline for a while and it went through numerous incarnations before we landed on the finished track. The track was written with size in mind and was one we knew we wanted to be BIG live. Given that live shows are out the window we took the time reassess how people will be consuming this so made some changes to make it more something you would listen to in the comfort of your own home. We really went to town on layering, creating some really deep textures, hopefully it’s the kind of track where you pick something new out on each listen.”
Take a listen below. 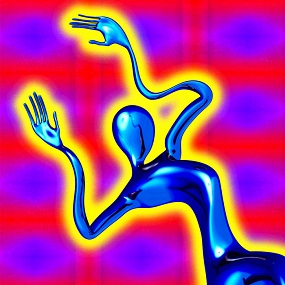 NYC psych-punk band Acid Dad have announced the release of their sophomore album 'Take It From The Dead'.
The follow-up to their 2018's self-titled debut,  will be released in June 2021 by Brooklyn’s Greenway Records and psych powerhouse LEVITATION’s label, The Reverberation Appreciation Society. Pre-order it here.
During 2020, the band spent their time building a new studio space in Queens, NY, while continuing to independently produce all their own music, art and even building their own guitars. With a new space and vision, the band produced their second LP.
“Take It From The Dead” features an array of different influences ranging from 90’s neo-psych, modern post-punk and 70’s rock-n-roll. Acid Dad has crafted a record that sounds new, yet feels nostalgic. In contrast to their earlier work, they make use of slower tempos and expand their sound to include songs that are both more intricate and more hypnotic. To accompany the new record, the band spent the last year collaborating with video artist Webb Hunt, producing psych and glitch art videos that form a visual counterpart to the dreamy distortions of their sound.

The band have also shared the video for their new single "RC Driver", grab it here. Speaking about it, the band’s Vaughn Hunt says: “‘RC Driver’ is about how I wish I raced cars for a living. All I wanna do is go fast and do stunts. I grew up near a lake, so jet skis are the next closest thing. Ain’t nothing like rippin’ a supercharged Sea-Doo going ninety miles per hour on pure glass, baby. Webb, our visual artist, and I got inspired and started digging for ’80s and ’90s jet ski commercials. We distorted and chopped them up into a VHS color trip using a combination of digital and analog feedback.”
Watch/listen below.. 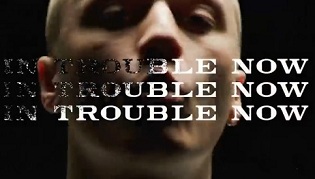 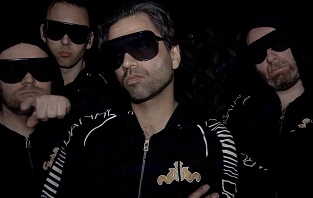 Norwegian post-punk art rockers Datarock have shared their new single "Video Store".
The song is out now and  was recorded in the band's own studio, and mixed by the Liverpool-based legend Steve Dub (Chemical Brothers, UNKLE, Roots Manuva, New Order, The Prodigy, Leftfield, Primal Scream, Orbital, Underworld and Moby).
Watch a lyric video below. 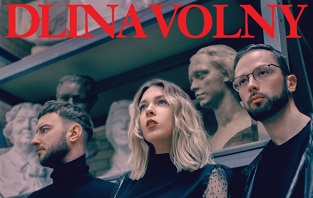 The song "a dark story of a twisted broken heart that seeks revenge," is out now via Italians Do It Better. Grab it here.
Take a listen below.