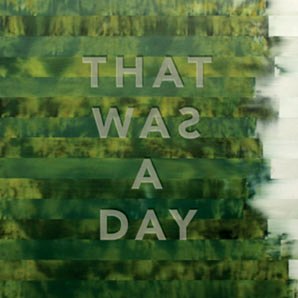 This week's Single of the Week on www.koolrockradio.com is "That Was A Day", another great track by British duo Hook & The Twin.

The song is taken from the band's highly anticipated debut album 'Never Ever Ever' out on June 24 via Dancing Coins. The album was produced with Andy Ramsay (Stereolab, Add N to X) and mixed by rising producer Jim Anderson (Cold Specks, The Twilight Sad, 2:54)

Hook & The Twin are our featured band this month.

The  single version of 'That Was A Day' will be released on 10th June. Have a listen to the the synth-driven track below.

Email ThisBlogThis!Share to TwitterShare to FacebookShare to Pinterest
Etiquetas: Dancing Coins, Experimental, Hook and The Twin, indie-retro, Kool Rock Radio, KoolRockRadio, Marcus Efstratiou, Music News, Never Ever Ever, Psychedelic Rock, single of the week, That Was A Day, Tom Havelock 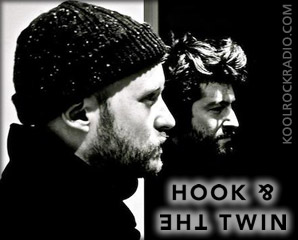 Hook & The Twin are a British duo comprised by drummer Marcus Efstratiou and singer/writer/multi-instrumentalist Tom Havelock. Friends since childhood, the pair started playing in bands together from the age of 15, honing their skills as a restless, Kraut-locked rhythm section. The seeds of HOOK & THE TWIN were sown during long late-night sessions in their woodland rehearsal room, when Tom would layer distorted melodies and drones over Marcus' drumming using an array of instruments and effects pedals, creating mantra-like arcs of sound over which they strung their uniquely deformed pop songs.

They caught our attention back in 2009 with their first single 'Race for the Bone', and then they killed us with their second brilliant single "Bang Bang Cherry", which peaked at #3 in our Best Track of 2009 chart. 2011 saw the band release two new great singles "Tribes" and "We’re So Light". Along the way they've played with Everything Everything, Django Django and Post War Years, and performed at The Great Escape, Secret Garden Party and Offset festivals to name a few - as well as a packed headline show at France's notorious Transmusicales festival.

The duo will release their highly anticipated 10 track debut album 'Never Ever Ever' June 24 through new indie label Dancing Coins. It was written and recorded in various unexpected locations in and around London: a vast empty concrete basement; an abandoned school theatre; and right underneath a nocturnal Nigerian church in full flow on a Peckham industrial estate.

The record conjures an English alt.pop landscape that is by turns spectral and anthemic – an exhilarating and multi-layered affair. With influences ranging from Can and Harmonia to Talk Talk and Matthew Dear, the album features a vast range of sounds, instruments and voices, as it moves from the woozy house of We’re So Light, through the broad psychedelia of Stone, to Recklessly’s slow pulsing atmospherics. These tracks, along with current new single, the synth-driven That Was A Day, translate the Hook & The Twin sound perfectly: big spacious sounds, impeccable production and amazingly compelling vocals.

Catch the band live at The Old Blue Last, London on 14th June or at the Standon Calling festival in August.