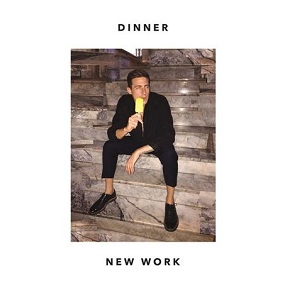 The follow-up to last year's Psychic Lovers, will be out on September 8 via Captured Tracks.

According to the press release, for this record, Rhedin battled his own perfectionism by pushing himself to collaborate more, think less, and work at a high pace throughout a short and intense period of late-night recording sessions. New Work features collaborations with artists like Charlie Hilton of Blouse and Sean Nicholas Savage.

Dinner enlisted Josh da Costa (Regal Degal, Ducktails) to produce the album with him. He and Josh worked in the nighttime at off-hours at a studio in an industrial part of downtown LA. The album’s songs were recorded on the spot with no preparation time. In-between studio sessions, Dinner recorded and overdubbed material in his apartment on an early 80’s 4-track recorder. “We did very little editing, we just tried to record what was there. You’ll hear a lot of first-takes on the record. The best part of the process was driving home early in the morning though the empty streets of LA, listening to the night’s recordings. Because it was such an immediate experience.”

In writing "Un-American Woman" (and much of the album), Rhedin was inspired by William Blake's Proverbs of Hell. "'Un-American Woman' is a song I wrote just before I stopped going out, just before I stopped sleeping around with women," he says. "The song seems to be about disillusionment and a fear of being stuck in a certain lifestyle. But it also touches upon the potential transformational aspects of 'bad things.' Nothing's black or white, good or bad. There is just lifeforce moving. A constant movement. 'The road of excess leads to the palace of wisdom,' in the words of Blake. I lifted that line for the song, of course."

Pre order the album here, check out the tracklist and watch the clip for "Un-American Woman"below. 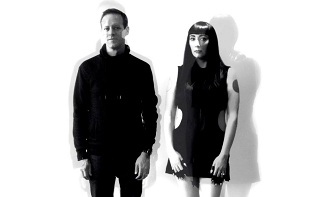 The track is taken from the forthcoming Split 12" EP BETA EVERS / SPATIAL RELATION , set to be released on August 28 via Peripheral Minimal. Pre-order your copy here.

The six-track 12” E.P, also features, Heinrich Mueller of Dopplereffekt. The six tracks contain the coldest of minimal synth and technoid darkness, underpinned by a melancholic sentiment. This is the third release by Spatial Relation on Peripheral Minimal, and the first by Beta Evers.

Brigitte Enzler aka Beta Evers, grew up with the New Wave and experimental electronics scenes in the late 70's and early 80's. In her teenage years she founded a girl-band and started her first record label at the age of 16, to independently release and distribute the music of her project. During the early 90's Brigitte started to arrange gatherings / parties, (electronic music) for local underground clubs in her home city of Augsburg, Germany. 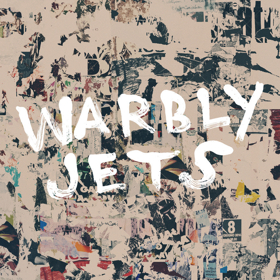 The record will be out on Rocktober 20th, on black vinyl, cd and cassette via Rebel Union Recordings, and is available for pre-order at PledgeMusic and iTunes.

The band have also shared their brand new single "4th Coming Bomb". "The music mirrors the message," says the band. We're all trying to live and breathe in this world at the same time, not noticing if we're hurting or helping one another. It works for now, but might explode at any second."

The lyrics were inspired by singer/guitarist Samuel Shea's favorite quotes by writer Eugene Bell, "Aspire to inspire before you expire."

Check out the album's tracklist and listen to "4th Coming Bomb" below.