New Entry: The Chain Gang of 1974 Unveils New Single "Do You Mind?"

Los Angeles-based singer/multi-instrumentalist The Chain Gang of 1974 (aka Kamtin Mohager), has unveiled his new single "Do You Mind?".

The song is is taken from his new album 'Honey Moon Drips', which will be out in May 29th via FEVER LTD. Pre-order your copy here.

Kidsmoke Confirm Details of Debut LP 'A Vision In The Dark' 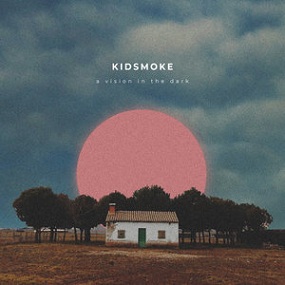 Welsh indie pop/jangle pop four-piece Kidsmoke have confirmed details of their highly-anticipated debut album 'A Vision In The Dark'.

According to the press release, the 11-track album, addresses’ topics such as helplessness, relationship dilemmas, negative influences, and even those moments when you have to sit back and laugh at yourself, it will be out on June 19 via Libertino Records. Pre-order your copy here.

A Vision in the Dark has an elegant dreamy pop sound, with creatively spun rhythms.

From the band: "In lots of ways, it feels like our journey as a band has been leading up to the release of this album; we’ve had times when the future of Kidsmoke has been uncertain and times when our dreams have been realised and we believe this collection of songs reflects that - pushing through the darkness to find the light. It feels like a strange time to be releasing music but making this record was an incredible experience for us and we made the decision not to push the release date back in the hope the songs will be a welcome escape to everything that is happening at the moment."

Check out the album's tracklist and listen to the latest single "The Bluest You" below.

Email ThisBlogThis!Share to TwitterShare to FacebookShare to Pinterest
Etiquetas: A Vision In The Dark, indie pop, jangle pop, Kidsmoke 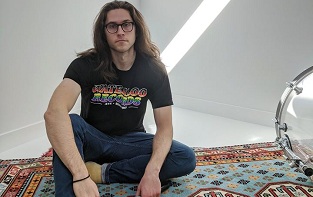 The song is "a euphoric and eerily prescient that captures the lingering reminiscence of physical contact," is out today (May 13th) via Counter Records. Buy it here.

Created entirely before the pandemic - and originally set to premiere during a pivotal, prime-time performance at Coachella last month - singer/songwriter/producer Stell built the song around the feeling of yearning born of out being separated from his partner during months on tour. That personal experience has since turned global, and the music of Big Wild continues to “flip the script on everything”.

As Stell explains, “I’m sure with the current state of the world ‘Touch’ will take on a different meaning than I intended but that’s the best part of writing music, seeing where a song goes. I can’t claim any foresight, but the feeling of deep longing and desire is universal. It’s interesting because I was writing from a personal place but this theme is something we’re feeling on a societal level right now. People need connection.”

Watch the lyric video for below, taking visual cues from Quentin Tarantino as it channels the warm, Western landscapes that influenced the track’s summer-ready sound. 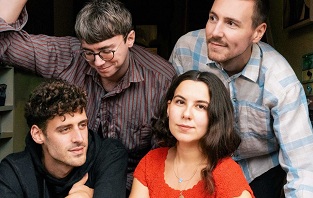 London alt/dreamy-grunge band Lazy Day have released their new single "All The Time".

The song is out today (May 13) via Weird Cool Records. Get it here. 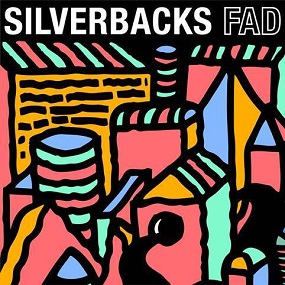 The 13-track album was recorded with was produced by Girl Band bassist Daniel Fox, and will be out on July 14th via Central Tones. Pre-order your copy here.

With taut rhythms of 70s punk and the freak-outs of NYC no-wave, Silverbacks craft a signature sound spiked with triple guitar riffs and on-the-pulse lyrics.

Fad represents the sound of a band trying to make sense of a noisy and disjointed world - one that competes for your attention at every turn. For them, it has come to be a symbol of what it feels like to try and absorb the world through both fleeting moments in front of screens, and prolonged obsessive periods filled with focus. They pull apart pop-culture in search of new meaning, whether it’s a nod to The Simpsons (Fad 95), imagining a lost John Hughes film (Klub Silberrücken), spiralling downwards into youtube deep-dives (Pink Tide), or making sense of youth culture through The Urban Dictionary (Grinning At The Lid). Much in the same way that modern life can be defined by its unpredictability, Silverbacks colourful, vivid and exuberant songs dismantle their source material and end up in places that you don’t think they will.

The band have also aired their new single "Muted Gold", singer guitarist Daniel O’Kelly comments on the accompanying video: “The video is loosely inspired by early Stereolab music videos. It’s a collection of clips from a few band outings we had near our practice space before the lockdown began. Fun fact, Peadar used to work in a bowling alley. Despite not having played in years he scored 192 on the day we brought the camera.”

Check out the album's tracklist and the video for "Muted Gold" below. 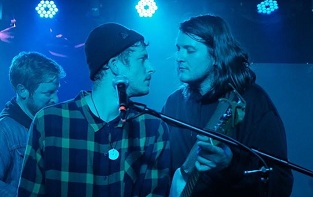