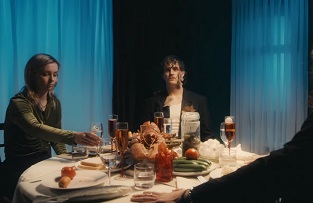 The song, recorded in WA with Dave Parkin (who produced Spacey Jane's debut album) and mixed by Rich Costey, the Grammy-winning producer known for his work with Phoebe Bridgers, The Killers, The Wombats,  is out today (October 7). Grab your copy here.
Speaking about it, frontman Caleb Harper explains: "I wrote this song while experiencing severe hangover anxiety and feeling extremely hopeless. I'm trying to explain how I feel like I'm just going through the motions with love, career, friends and family. I felt like everything was just happening because it had to and not because I cared about it."