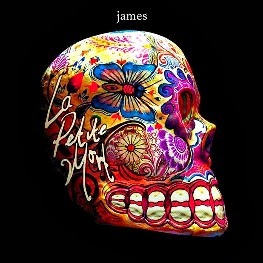 Manchester legends James have announced they will return with their 13th studio album titled 'La Petite Mort' in June.

The album is the follow-up to 2008's Hey Ma and 2010's pair of EPs The Night Before, it was produced by Max Dingel (Killers. Muse, White Lies), and created in Athens, Lisbon, the Scottish Highlands, and tropical paradise of Ancoats.

James have revealed that putting the album together was a long and tough journey, but it pushed them to "new heights in craftsmanship and intensity."

La Petite Mort will be released June 2nd in Europe and will be preceded by the song "Frozen Britain," which is available as a free download to those who pre-order the album, as well as the first single "Moving On" due in April.

Have a listen to "Frozen Britain" below: