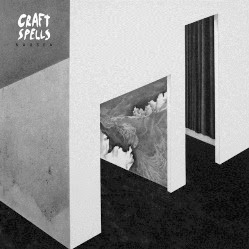 California based indie poppers Craft Spells have announced they will released their sophomore album titled 'Nausea' on June 10th via Captured Tracks.

The follow up to their critically acclaimed debut LP 'Idle Labor', features 11 new tracks, and according to the press release, sees frontman Justin Vellesteros "back with bolder sentiments and a more mature sound." Pre-order your copy here.

The band have also shared the album's first single "Breaking The Angle Against The Tide", which is available for download on their Soundcloud page.

Check out the album's tracklist and have a listen to the their new single below.