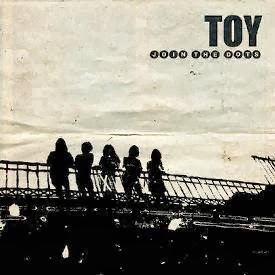 London-based indie rock/psychedelic rock band TOY have announced that they will released their second album titled 'Join The Dots' on December 9th through Heavenly Recordings.

The follow-up to 2012's self-titled debut, was recorded once again with south London super-producer and Speedy Wunderground label owner Dan Carey. The release will be proceeded by a series of shows in London and Manchester, before the band headline London's Shepherds Bush Empire in the New Year. You can pre-order your copy of 'Join The Dots' here.

The band have also shared the album's title track, which will be released  on October 21st on a limited edition vinyl and includes a screen-printed sleeve by David Chatton Baker and an instrumental version of the track.

The tracklisting is as follows: