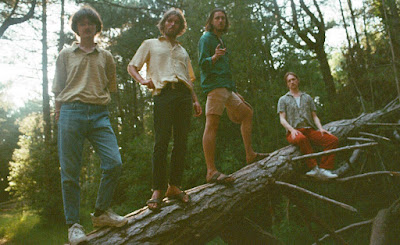 Norwich, UK psych-indie-electronica-rock five-piece Floral Image have revealed their new single "Magic Train" and its accompanying music video.
The song, produced and engineered by Gavin Bowers (Never Never Man // Climbing Boys), is out today through Catch 21 Records.
The band have given you a cosmic ticket with Magic Train; a hypnotic commute to an ambient destination that’s sure to leave you in a glad faced trance.
The Norwich based psych-pop newcomers unveil their moody 2nd single this year to accompany a run of impressive shows across the UK and Europe. Catch them this summer as they tour London, Paris, Manchester, Brighton, Bristol, Birmingham, Nottingham, Colchester, Norwich and a number of major festivals including Wide Skies & Butterflies.