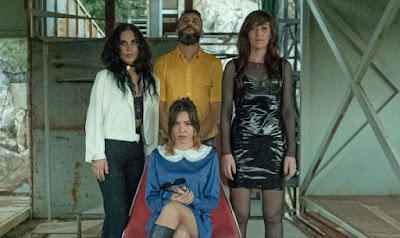 The song is out today (June 17) through Oso Polita Records and is taken from their forthcoming new album. Get it here.

The band said that I Quit, whose initial reference was The Slits, «was acquiring a darker tone as elements were added, especially the guitars, and ended up approaching more 90's terrain , without the seventies base being easily intuited». The result is a mix of debauchery and anxiety, party and hangover, Donna Summer and Nine Inch Nails, perfectly illustrating the emotional rollercoaster the lyrics speak of.