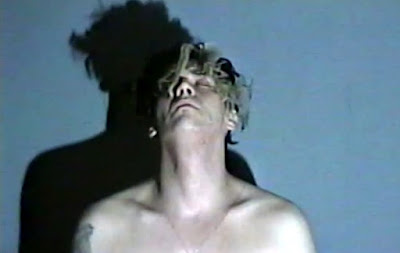 Los Angeles shoegaze/alt act VALI S.C aka Kenneth Elkin (formerly of Sextile) has dropped the video for his latest single "Sub/vert".
The song is taken from his 'To Set The Sea in Wolves Teeth' EP, released in February this year through Cercle Social Records (Soft Kill, Chameleons, Asylum Party). Get your copy here.
About the track Elkin said, "Sub/vert is about Infinite sustain, and a sense of permanence, it's what allows me to continue to find my child like self. Infinite sustain in those guitars. It’s what inspires me to be able to create. The stillness of the universe and being in the direct center of that is chaos."
On the video, produced, filmed and edited by DVTV, he says: “I made the video on a whim with some friends. We had this rooftop with a gorgeous view overlooking DTLA so we captured the essence of that. My new album is about the city I grew up in and how I was troubled and hit rock bottom. ‘Subvert’ is about accepting the mistakes I made in the past, and of giving up and allowing room for transformation and growth. It is about seeing things from a fresh perspective and becoming a better version of myself.”