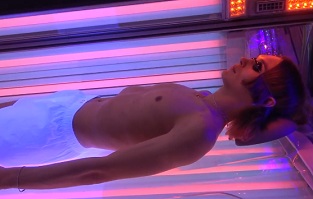 Swedish alternative/lo-fi/trip hop musician Sindy (aka Tom Serner) has released the video for his newest single "Real Tennis".
The song is part of our current playlist and is taken from the forthcoming new album 'HORROR HEAD', co-produced with Jacob Haage (El Perro Del Mar, HOLY etc), which will be available on April 23 through PNKSLM Recordings. Pre-order your copy here.
Sindy had always known that he wanted this first album under his Sindy moniker to be a love letter to the nineties influences he grew up with, continuing in the vein of Hits for Kids, last year’s thrilling five-track EP. Now, he had the opportunity to take deep dives in the catalogues of cornerstones of the decade’s alt-rock pantheon, starting first with Radiohead, charting their progression from post-grunge to experimental electronica. With that foundation laid, he turned to shoegaze, ob-sessing over My Bloody Valentine: “I was inspired by the textural approach to music over melo-dy, even though MBV have both - Bilinda Butcher’s soft, ethereal vocals and Kevin’s weirdo gui-tar tunings.” As the process wore on, he explored the more eclectic side of the Sonic Youth oeu-vre, reappraised Sebadoh’s legendary III, and found a kindred spirit in Daniel Johnston, who’s lyricism chimed with Serner’s desire to imbue his music with a naiveté brought on by freedom of thought.