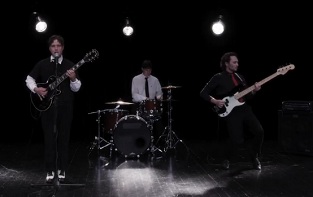 Texas-born, Switzerland-based indie rock/alt band Laddermen have unveiled the video for their newest single "The Huntress Obeyed".
The song is part of our current playlist and is taken from their debut studio album 'Special Kind of Violence', due out later this year.
"The Huntress Obeyed" is a spherical post-punk song about cocaine addiction in Austin, Texas and the dark side of the excessive party scene there.
The video focus on two dancers who express the allure and tragedy of the relationship between a person and addiction.
Watch/listen below.