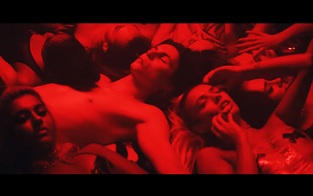 London based DJ/producer/songwriter Gabe Gurnsey has revealed the video for his current single "You Can".

The song is taken from his latest record 'Physical' out now via Phantasy. An extended version of ‘You Can’ will be released on 12” vinyl with a remix by The Hacker on 26 October on Phantasy. Pre-order the new 12” here.

Shot at Manchester’s Soup Kitchen and directed by Nate Camponi, the video fulfils this fantasy through a haze of cigarette smoke and nubile bodies on the dance-floor.