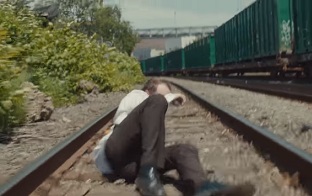 Radiohead have unleashed the video for "Man Of War", a previously unreleased bonus track.

The song, which dates to 1996, is one of three previously unreleased tracks taken from OKNOTOK, the deluxe 20th anniversary edition of OK Computer due out June 23 through XL Recordings.

The compilation also features two other new songs, the recently revealed track "I Promise", and "Lift".

The video was directed by Colin Read. Watch it below.