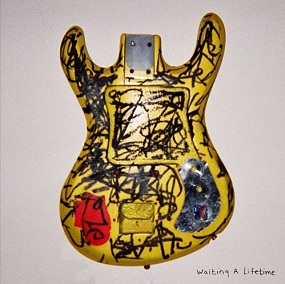 London-based indie rock/psych/electronic band SPLASHH have confirmed that their sophomore album 'Waiting A Lifetime' will be released on 14 April via Cinematic Music Group.

About the record, produced by Nicolas Vernhes (War On Drugs, Deerhunter), band member Toto Vivian says: "When we first went in the studio, we had a different idea of how we wanted the record to sound".

"When we went into the studio with Nicolas, we started fresh and tore the songs apart. It was a lot of fun to experiment and take it as far as we could. It was liberating."

"Its fast and in your face. Loud, but also pretty. The whole record has a lot to offer. If people like ‘Rings’ then I think they will love the record…or not :)". Toto added.

The band are also streaming the title track 'Waiting A Lifetime', have a listen below.