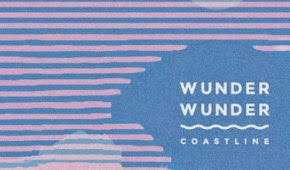 Australian, LA based music producers, Aaron Shanahan and Benjamin Plant aka Wunder Wunder have revealed the video for their latest single "Coastline".

The song is part of our current playlist and is available now through Dovecote/Shock. It is taken from their upcoming debut album 'Everything Infinite'. Get the single here.

The video was directed by Yoshi Sokeoda. Take a look below.