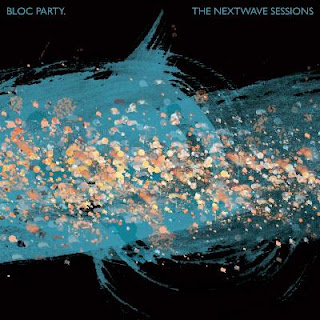 Bloc Party have announced the release of a new EP titled 'The Nextwave Sessions', due out August 13th via Frenchkiss Records

According to the press release "across its 5 tracks, the EP amalgamates the visceral energy of the bands live shows with bright studio sheen, and Kele's lyrics and vocals at their most uncompromisingly biting. From the slow-motion, trance-haunted balladry of ‘Obscene’ to the shimmering swells and skipping percussion of 'Montreal', to ‘French Exit’ that is fuelled by the bands trademark sharp angular riffs and combustible dynamics, and ending on a grand and impassioned note with the forward-looking 'Children Of The Future' - the ‘NEXTWAVE sessions' is essential, unmissable Bloc Party."

The band worked with renowned producer Dan Carey (whose credits include records with Bat For Lashes, Lianna La Havas and Hot Chip) on the two tracks that open the EP - 'Ratchet' and 'Obscene'.

“Ratchet” will serve as the EP’s lead track. Talking about the track Kele says: "Ratchet was the first song we recorded with Dan. It really came together whilst we were on tour in 2012. We started slipping it into the sets at the start of this year just to try it out and the reactions were insane. We knew we had something special."

The track will be accompanied by a must-see video directed by acclaimed animator Cyriak.Watch fan footage of the band performing the track live.