Tickets for Shane Meadows' upcoming Made Of Stone: Stone Roses documentary film premiere, which will take place at Victoria Warehouse in Manchester, went on sale yesterday (18 April) and have sold out in less than one minute.

The tickets are also sold out for the UK cinemas who are taking part in the nationwide broadcast, which has led to Picturehouse putting on additional screens.

Speaking about the news Meadows says: "I'd love to think the tickets selling out so quick was down to the fan base I've built up over the last 15-20 years, but I know it's them lot that everyone's really coming to see. Bald Chunkers like me don't sell out stadiums, but if we've got a Guinness World Record I would deffo take the credit."

In a recent interview about the film, the director said: "It's not very often one of your heroes asks you to make a documentary about your all time favourite band, that are getting back together after twenty years." He was not only given unprecedented access to the band for almost a year, but he also followed fans of the Stone Roses around the world, to understand the influence that the band's music has on them. 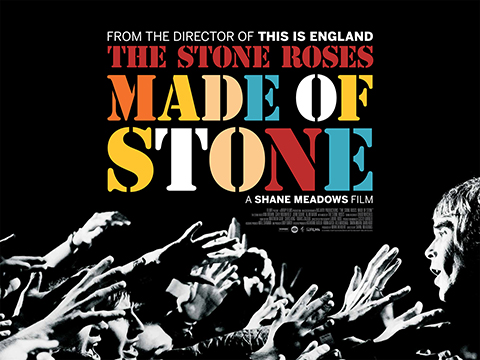 The film will debut for the first time on Thursday 30 May and have a general release on 5 June. You can watch the trailer here.
Publicado por KOOL ROCK RADIO en Friday, April 19, 2013