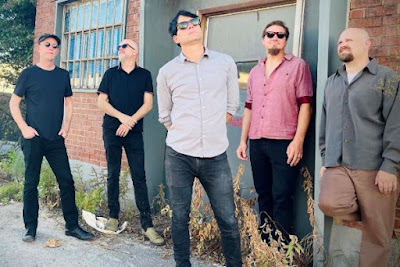 The song is taken from their forthcoming new album 'Once Do It With Feeling', set to be released on  October 21. Pre-order your copy here.

“Once Do It With Feeling” chronicles a relationship from the onset of the first crack to its complete crumbling dissolution. All the feelings and emotions of tumult are captured here, from both persons’ perspectives. The record showcases the mature strides the songwriting has made and relates these themes via the vehicle of the band in its confident, cohesive current form.

Emotionally and sonically saturated, their music boasts Cure-esque textures and melody, as well as the thematic elements and visceral delivery of The Afghan Whigs.

Speaking about he single, frontman-songwriter Jame Lathrensays: "When the pandemic hit, I decided I would not write a dark song as the first one written during the period. It seemed too easy given the times. It took me three months, but we got 'Seaside Girls' from the effort, which is an upbeat sun-drenched rocker on the new album, 'Once Do It With Feeling.' It’s all the rage."