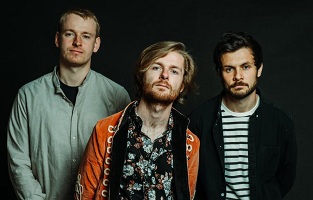 Cork indie rock band Rowan have premiered the video for their new single "Everybody Talks".
The song is taken from their upcoming EP 'Everybody Talks', which will be available on June 23 through Los Angeles based label, Beverly Martel. Get it here.
Everybody Talks sees the band laying their emotions on the line. it looks to create a sense of paranoia and anxiety, through repetition and was written about what Dylan Howe (vocals) calls “the feeling you get when you’re having a bad day and it seems like everybody’s out to get you.”That rollercoaster of emotions is echoed by dips and swirls between storming guitars and ever-changing rhythms.
Coming in X, ‘Everybody Talks’ sees Rowan establish themselves as an emotional force to be reckoned with. It is, according to Dylan, “a more coherent collection of work” and sees the band taking influence from the post-punk energy of Fontaines D.C. and Idles as well as their long-standing love of Kings of Leon, The Strokes and Arctic Monkeys (whose headline performance at Glastonbury 2007 inspired Fionn to start making music).
The video is based on a ‘groggy morning after aesthetic’ and shot at an old Georgian mansion just outside of Dublin. Watch/listen below.