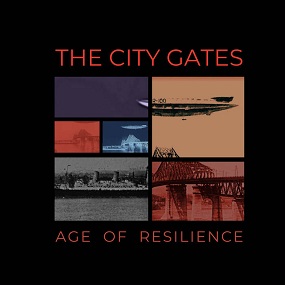 Canadian post punk/shoegaze band The City Gates have announced the release of their long-awaited new album 'Age of Resilience'.
The follow-up to 2018's Forever Orbiter, was produced and mixed by François Marsan and the band, and will be out on June 9 via Velouria Recordz and on Icy Cold Records. Pre-order your copy here.
Age of Resilience is inspired by historical and social realities of the last few decades. It references the lyrics of the band’s own single Cape of Good Hope, as well as historian Eric Hobsbawm’s trilogy The Age of Revolution (1962), The Age of Empire (1987), and The Age of Extremes (1994).
Check out the album's tracklist below.
Age of Resilience Tracklist:
01. Nowhere Nagasaki
02. The Pyre
03. Cape of Good Hope
04. Tending a Dead Woman's Garden
05. Le Silence
06. Roman Empire
07. Siegfried 1969
08. Claiming Race
09. Copenhagen
10. Slush
11. Foghorn's Cry