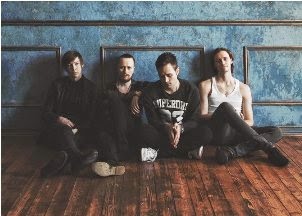 Russian indie rock/pop quartet Hospital have announced they have plans to release their second studio album titled 'Road To Recovery' in November.

The follow up to their 2013 debut album 'When The Trees Were Higher', will tentatively feature 10 new songs, some of them have been already performed live (Friday Night Death Slot, Right On!), and some others are completely new material.

Starting from today, you can make your contribution to the recording of the album and become a full-fledged partner and you'll get the record, special T-shirt and other cute things just after they finish. More info here.

The band have also revealed the video for their latest single "Revelation", which has been produced and mixed by Jim Greer, who worked with Foster The People on their debut album Torches.

Get the single here and take a look at the video below.