Watch: Disaster In The Universe Air New Video For "Everything I Want To Do" 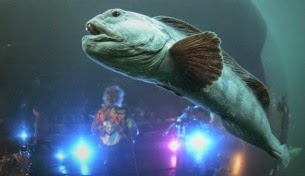 Norwegian indie rock, electronica, psychedelia band Disaster In The Universe have aired the video for their latest single "Everything I Want To Do".

The song is part of our current playlist and is taken from the band's debut album 'Coconut Message', released back in March. Grab your copy here.

The under water clip was directed by Magnus Borka and Alvin Santos (whom also directed their video for "Sunlight"). Take a look below.