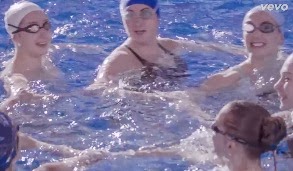 The song has been added to our current playlist and is taken from their upcoming fourth studio album 'So Long, See You Tomorrow', which will be out on 3rd February via Island Records. You can pre-order your copy here, and get an instant download of the song.

Previously the band have already shared the official clip for the album's lead single "Carry Me", and the lyric video for "It's Alright Now".

The video was directed by Anna Ginsburg. Take a look below.