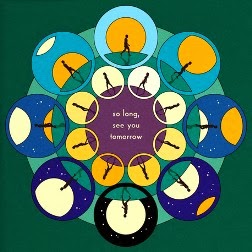 The album features 10 new tracks and will be out on 3rd February via Island Records, the first 1,000 copies will be signed by the band. You can pre-order your copy here.

The band have made a special limited edition box set of the album that features premium packaging and includes the CD, heavyweight 12” gatefold vinyl, a special box-set only 7” featuring two acoustic tracks not on the album called "To The Bone" and "Easier", a song and story book that includes chords/lyrics for the songs if you want to play them and short stories about the writing and making of the album and last but not least an art print that doubles as a phenakistocope featuring the album cover.

A few weeks ago the band premiered the video for their brand new single "Carry Me".