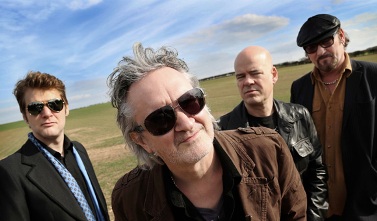 The Mission UK have unveiled the music video for "Sometimes the Brightest Light Comes From the Darkest Place", the lead single from their upcoming 13th studio album The Brightest Light, which will be out on September 17th via End Records.

About the album frontman Wayne Hussey says: "This is my rock album. My wife calls it my 'testosterone album'. It’s all fully flexed muscle and proud of itself. I wanted us to capture as closely as possible the sound that we make when we play live, and I believe that for the very first time ever we have mostly succeeded.”

The video, directed by Rhory Danniells, is shot from frontman Wayne Hussey’s POV as he rolls out of bed and makes his way through semi-naked ladies and ample booze to that night’s Mish gig, which is where it concludes. Watch it below.