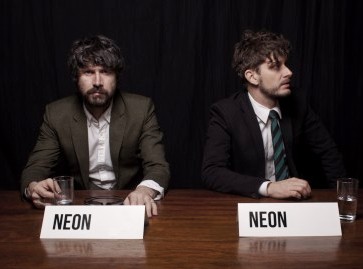 Neon Neon is the collaborative project from Super Fury Animals singer Gruff Rhys and electronic producer Boom Bip, and they based their new album on the life and times of Giangiacomo Feltrinelli, an italian left-wing political activist who published some of the greatest literary works of the 20th century, including The Leopard and Doctor Zhivago.

The video was directed by Rob Schroder. Watch it below.