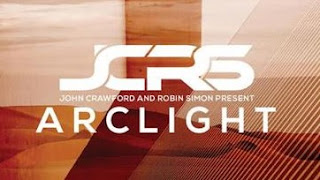 Ultravox and Berlin  music legends John Crawford & Robin Simon have shared the video for their synth-heavy new single "There's Only You".

The song is taken from their all-new super project and album 'Arclight', set to be released on August Dayr Records. Pre-order your copy here.

Abundantly atmospheric and emotive, the single takes the synth heavy spirit the pair pioneered and updates it with all the talent of the music titans' juggernaut careers. Otherworldly electronic keys and a ringing guitar weave together with deep bass and infectious drumming creating a rich sound bed for Crawford's stylish vocals.

There's Only You's accompanying lyric video provides a slick visual component to the band's debut. The video cuts between images of a shrouded figure searching in a cave for something unknown by lamplight, and abstract images propelling the viewer forward.

John Crawford is best known as the founder, principal songwriter, and creative heart of the 80s powerhouse Berlin that releases classics such as "The Metro" and "Take My Breath Away" from the major motion picture "Top Gun". "Take My Breath Away" won the 1986 Academy Award for Best Original Song and charted worldwide.

Robin Simon, former lead guitarist for Ultravox and Visage, known for his pioneering guitar techniques that brought you some of most creative and distinctive guitar sounds of the 80s. Robin popularised the use of Chorus, Flanger, fuzz, wah-wah, delay, and compression pedals for a guitar sound that came to define the decade.

The meeting of the legends happened by chance while Robin was in LA. The pair instantly clicked and within a week recorded 5 demos. 6 months on, they booked a studio and completed their debut album with John Bryan and Sare Havlicek. The upcoming JCRS album is a clash of 80s songwriting, with ethereal synths and moody futuristic space echo guitar textures sure to entrance fans of music classic and new alike!